A Northumberland quarry which had fallen into disuse is being redeveloped into a nature reserve, in a project spearheaded by the local community.

Embleton Quarry dates back to 1864 and was a major source of employment for the area for over 100 years, but after whinstone production ended in the 1960s, the site became overgrown and unused.

Wanting to revive the site, Embleton Parish Council put together a plan of action in 2016 which led to them acquiring parts of the quarry in stages from Northumberland County Council, and now owns the whole quarry and the associated Quarry House.

Led by local people, the site – the first on the coast to be awarded Dark Skies Designation Status – has been subject to extensive works to make it into an attraction for locals and tourists alike, with significant clearance and groundwork being carried out over the past five years.

Through the dedication of the Parish Council and the Embleton community, the site is now easily accessible again after the years of dereliction, and work is ongoing to make it fully accessible to wheelchairs and pushchairs so as to become a family and disability-friendly attraction.

The latest phase in the development of Embleton Quarry Nature Reserve involves the preservation of the Quarry House, once the home of the quarry manager, which it is hoped will be restored in the years ahead.

The huge achievement has seen the project feature on Kate Humble’s Coastal Britain, as part of her visit to Northumberland earlier this year.

The acquisition of the site has been supported by specialists at law firm Sintons, which has supported Embleton Parish Council in delivering on its ambitions to revive the quarry to become a site at the heart of its community.

“We have spent a lot of time designing the site to get to our objective of creating a nature reserve,” says Terry Howells, chair of Embleton Parish Council.

“The great thing about this project is that nobody has had a bad word to say about it, everyone seems to be with us. It’s very much led by the community.

“Back in 2017, we got to work straight away in clearing undesirable gorse and other vegetation, acquiring the rest of the quarry and then opening up more of the site from there.

“We’ve managed to clear a lot of paths and it’s now a site people can visit and enjoy, although work continues. We held a trial evening of stargazing in the darkest part of the quarry, and over 100 people came, so that was very successful – we look forward to hosting more of such events.

“Recently we organised clearing inside the house, which was a big job in itself – over the years the roof had fallen in and some massive trees had grown inside the house, and we are now working on getting it ready for stabilisation work to take place.

“This has been a huge undertaking and a very exciting project, and we’re delighted to have such positivity and positive feedback from the community and from our visitors, too.”

The Parish Council has been supported by Tom Wills, head of agriculture and estates at Sintons, alongside real estate solicitor Sam Watts, in the acquisition and development of the site.

“The development of Embleton Quarry Nature Reserve is an absolutely fantastic project, and the fact this has been led by the local community makes it very special,” says Sam.

“This has been a real labour of love for the Parish Council, and their volunteer workers whose dedication has been unfaltering.

“Through their efforts, what was once a key site in the local community has regained its proud status through becoming an attraction which is set to bring in tourists from miles around, as well as being a beautiful area for local people to enjoy.

“It has been a genuine privilege to be part of such a community-led initiative, which continues to develop and become even more impressive. Embleton Quarry Nature Reserve is now another great asset in our wonderful North East of England and we are delighted to have supported the plans in becoming a reality.” 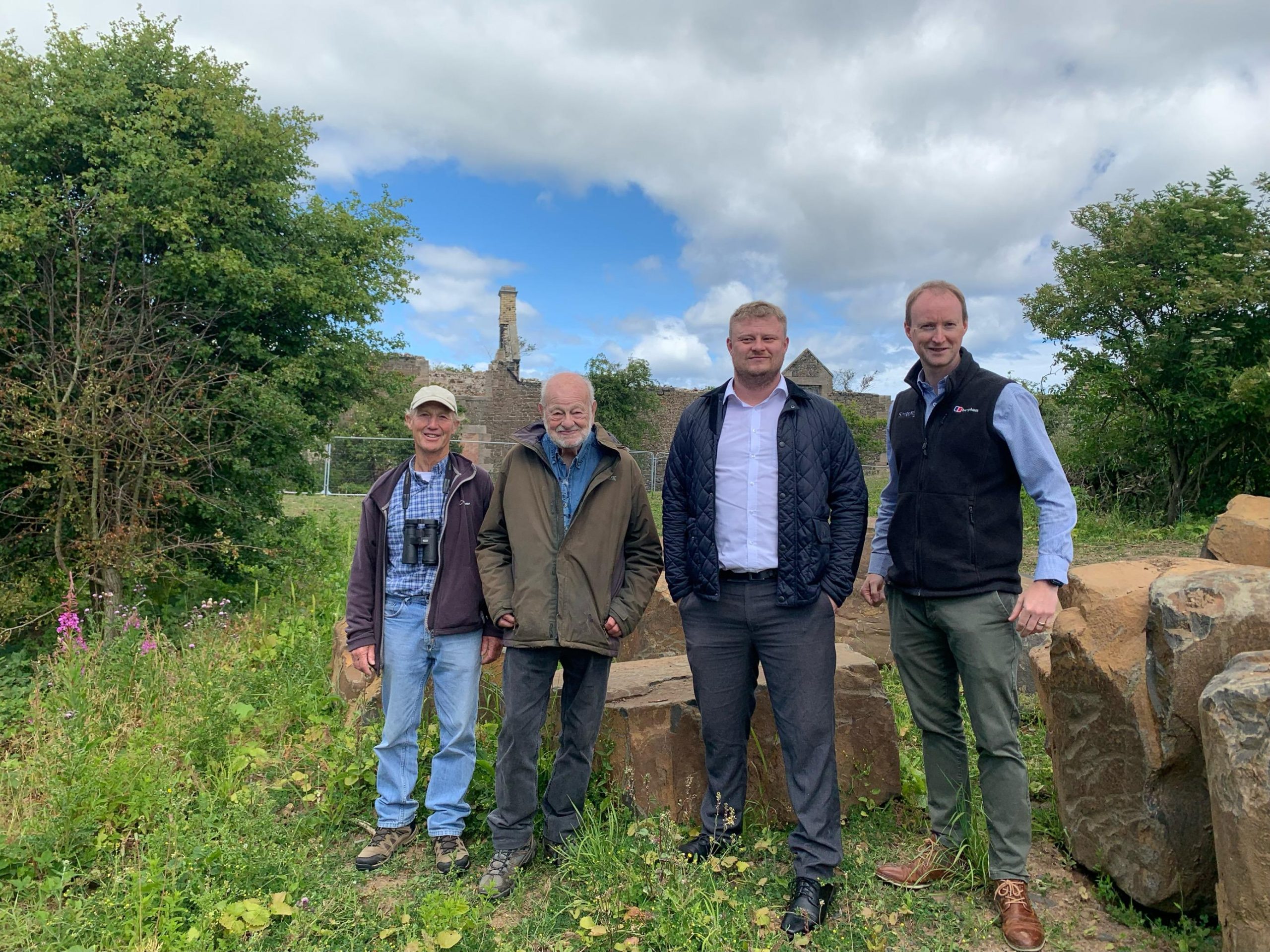