A new housebuilder, whose backers include a former Bellway executive director and a member of Bellway’s founding family, is looking to acquire further new sites across the North East following the success of its first development.

Tantallon Homes is nearing completion of its development in Dudley, Northumberland, which comprises 14 three and four-bedroom three-storey homes. Already, all of its four-bed homes have been reserved, with strong demand for the remaining properties.

The housebuilder comprises key figures including Peter Stoker – who retired as commercial director of Bellway in 2011, after 30 years with the business – and James Bell, whose family founded the Newcastle-based giant in 1946, and is now on the lookout for further sites to develop across the North East. Negotiations are already underway over a number of potential new locations.

Tantallon Homes, which develops in collaboration with North East-based contractor PCD UK, is building Tantallon Court on the site of a former school in Dudley, which dates from the 1800s but had fallen into disrepair. In a nod to its heritage, stone from the school is being used as part of the entrance wall of the new development.

Craig McClen, founder and director of PCD, said: “The combination of Peter’s expertise on the financial and operational side, alongside James’ housebuilding heritage and my experience of creating high-end developments, is something that sets us and our projects apart. We are very ambitious and are keen to look at further opportunities across the region.

“Our development in Dudley is a small but high quality project in a very well-situated part of Northumberland, which also occupies a central location in the village. Demand has been high since plans for Tantallon Court were first announced, and all of our four-bed properties were reserved very quickly.

“Help to Buy has been important for us, as it makes our homes accessible and affordable, and the fact Dudley has not seen as much new homes development as many other surrounding areas has meant that Tantallon Court has attracted a lot of positive attention and feedback.

“We are keen to replicate the success of Dudley elsewhere and are continually on the lookout for potential new sites.”

James Bell, who worked on a number of projects with PCD prior to Tantallon Homes being established, said: “Building houses is in my blood, it is my family heritage, and the vision for Tantallon is to create another very successful housebuilder that hails from the North East.

“It is great to work alongside Peter, who I have known all my life, and Craig to follow in my family’s footsteps and create an ambitious new name in high-quality home building.”

Tantallon Homes has been supported with its first development by law firm Sintons and its specialist residential development team, led by Alan Harkness.

Alan Harkness, consultant at Newcastle-based Sintons, said: “Tantallon Homes is an ambitious new regional housebuilder which has made no secret of its desire to expand, and its ethos of creating small developments of high-quality family homes is something that could be replicated all around the North East.

“Peter Stoker and James Bell’s experience and understanding of the housebuilding sector is an invaluable asset to Tantallon Homes, and combined with Craig’s track record of building bespoke high-end developments, we have every confidence that together they will go on to achieve further success.” 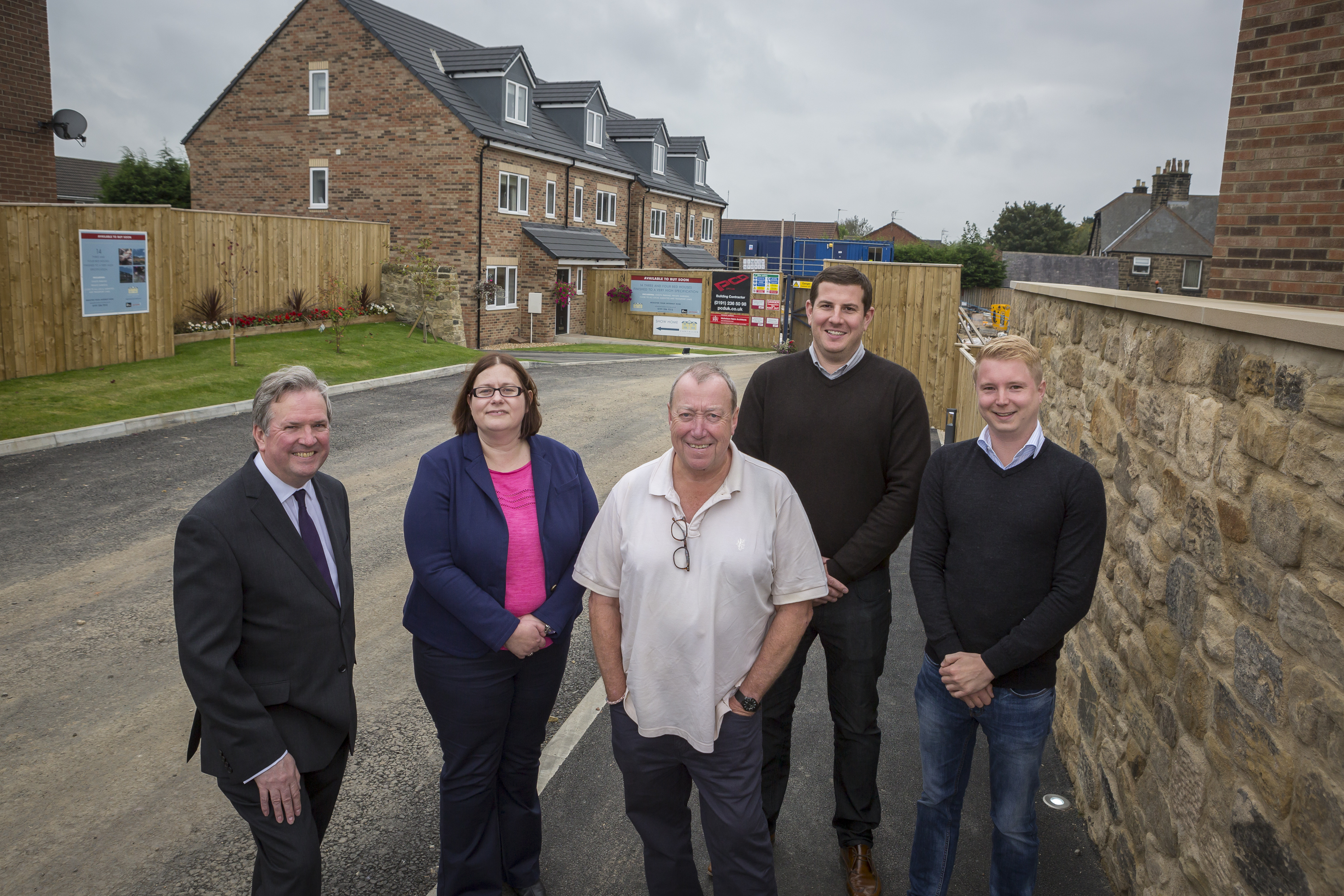