A newly-established leisure group is looking to add further to its portfolio with the opening of more real ale venues, following the early success of its first venture.

Ouseburn Leisure Group was recently behind the opening of The Waiting Room, a micropub in Durham Railway Station which breathed new life into the derelict Grade II listed former ladies’ first-class waiting room, which dates back to 1872.

The venue, which has been refurbished with a six-figure investment – including a significant grant from the Railway Heritage Trust – and has created four jobs, has only been open for a matter of weeks but has already massively exceeded expectations, with Durham residents, North East real ale lovers and rail passengers all stopping by to sample its array of locally-sourced gins and real ales.

And now, the group is eyeing expansion, with a number of new potential sites in the North East under consideration for their next venue.

Graeme Robinson, managing director of Ouseburn Leisure Group, left his job as head of facilities at University of Sunderland to establish his new venture, and is now looking to press on with growing his new brand.

“The decision to open The Waiting Room was something totally new for me – I had reached a crossroads in my life and decided I wanted to start my own business. I have always had a passion for real ale, but beyond that probably didn’t really appreciate the full extent of what I was getting into, given that I didn’t have a background in leisure,” he said.

“However, in the few weeks since we opened, we have totally smashed our targets. We get a lot of rail travellers coming in, whether that’s for a swift pint or to unwind for a while ahead of their journey, and we have already established a regular clientele of locals too. The aim is to change people’s behaviours when they come to the railway station, so it isn’t just somewhere you go in time to catch a train – The Waiting Room is somewhere you can come to enjoy a relaxing atmosphere and try some local real ales and gins.

“The longer-term goal is definitely to open more real ale micropubs, and I’m looking at some sites already. It’s not something I would put a number on, but the next venue is already being considered.”

Ouseburn Leisure Group were supported in the opening of The Waiting Room by law firm Sintons, with head of licensing Sarah Smith – one of the leading licensing lawyers in the North of England – handling the successful license application.

Sarah Smith said: “The Waiting Room is a very charismatic venue, which has regenerated a derelict part of this historic railway station and truly has restored it to its former glory.

“Graeme has channelled his own passion for real ale into creating a micropub which is now attracting real ale lovers from Durham and far beyond. We wish him success with this and subsequent ventures, and will look forward to supporting Ouseburn Leisure Group as it grows.” 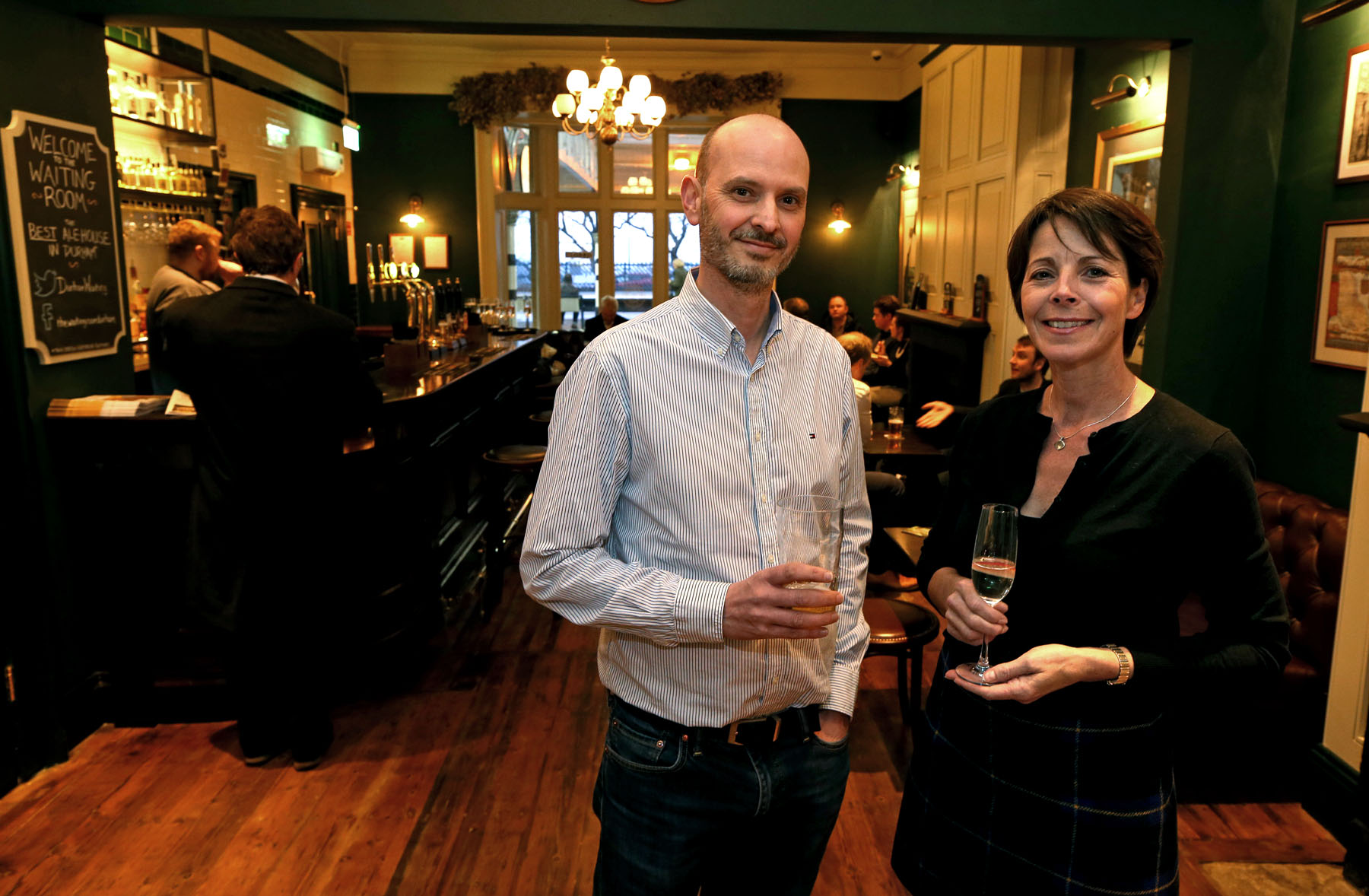