Pop Up Gym to exhibit at DNEX

A former elite athlete who was paralysed in a freak accident three years ago is now opening the only gym and therapy centre of its kind in the North East to help other people in the same position.

Drew Graham has raised over £50,000 and secured more than £100,000 of specialist fitness equipment to open a Pop Up Gym, which in addition to its base in Gateshead, will also travel around the North of England to offer rehabilitation to people who suffer from spinal injury or paralysis.

Drew, 32, from Gosforth, was an athlete and athletics coach before he was injured when he jumped into a lake while training for a triathlon in the United States in September 2014. He broke his spine which left him as a quadriplegic and without use of his limbs.

During his lengthy rehabilitation, which saw him receive treatment in both the US and the UK, Drew realised the facilities in this country were vastly inferior to in America, and decided he wanted to create something in his home region to help people in his position.

His new Pop Up Gym headquarters, on South Shore Road in Gateshead, will open late next month and will include an array of specialist fitness equipment, including FES bikes, as well as offering a range of holistic therapies including music, massage, art and adapted yoga sessions, as well as counselling.

Two physiotherapists and a trainer will be employed at the centre, which will initially open for three days a week and whose rent is being paid by the Matt Hampson Foundation. The mobile gym service will begin later in the year, once its headquarters has been established.

Drew, a former Gosforth Harrier, said: “Our gym will be the only one of its kind in the whole region, the closest one that is similar is in West Yorkshire, and I hope it will make a genuine difference to people’s lives.

When you suffer from paralysis, the mental stimulation is probably even more important as the physical, so as well as the gym, we wanted to add a range of other therapies in there too.

“In the States there are some amazing rehabilitation centres, some of the centres I had treatment in cost more than $50million, but there is nothing like that over here. I wanted to create something for people with spinal cord injuries, but also maybe people who suffer from paralysis through having a stroke or brain injury, which would also have a mobile element to it, to allow people from across the whole of the North to have access to very specialist fitness and rehabilitation equipment.

“We have received so much support, particularly in the form of donations, to allow us to create the Pop Up Gym. After my accident and ever since, the kindness people have shown has really restored my faith in humanity, and I am really looking forward to being able to get the concept of the Pop Up Gym off the ground.”

Pop Up Gym will be exhibiting at DNEX (Disability North Exhibition) held at Newcastle Racecourse on September 27 and 28th. 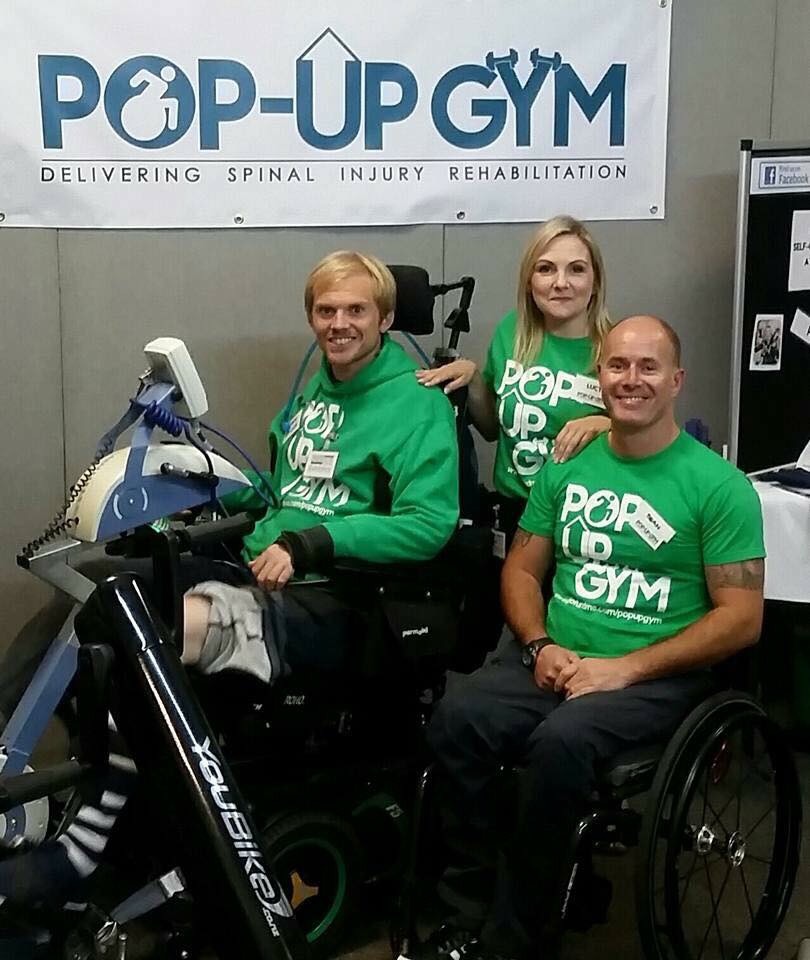