A man who defied the odds to survive after a catastrophic brain injury is now appealing for help in enabling him to regain more of his independence.

Paul Belk was given around a 2% chance of survival after his drink was spiked on holiday in Thailand 13 years ago, leaving him in a coma.

While doctors warned that Paul, from South Shields, would have only weeks to live, he has defied all expectations and now has a part-time job with the NHS, has his own flat and is preparing to marry fiancée Rachel next year.

However, 33-year-old Paul is determined to continue to live his life to the full, and is fundraising to purchase a motorised attachment for his wheelchair, to allow him to tackle kerbs and uneven surfaces unaided.

The attachment costs £5,000 and will also enable Paul to pedal the wheelchair with his hands, relieving some of the strain of operating it on his own.

In only a few days, Paul has raised over £500, but must secure ten times that amount to get the device he badly needs.

Paul’s dad David – a trustee of Headway Tyneside, which has been crucial in Paul’s ongoing rehabilitation – said: “This would make such a huge difference to Paul and mean that he can get up and down kerbs and across the bumpy pavements without being pushed, he could go out himself without us or his carers. This would give him much more independence, which is so important to him.

“He has come so far in the past 13 years it’s unbelievable. Since we were told he would have two months to live at the most Paul has defied all expectations and keeps doing so. He’s got a part-time job in NHS payroll, he’s getting married, he has his own flat, these are all such massive milestones that we thought we’d never see. For Paul to be able to get himself around is another big achievement he wants to make, and we would be so grateful for any support in making that happen.”

Sintons are delighted to have supported Paul with a donation to his fundraising campaign. To add your support, visit his JustGiving by clicking here. 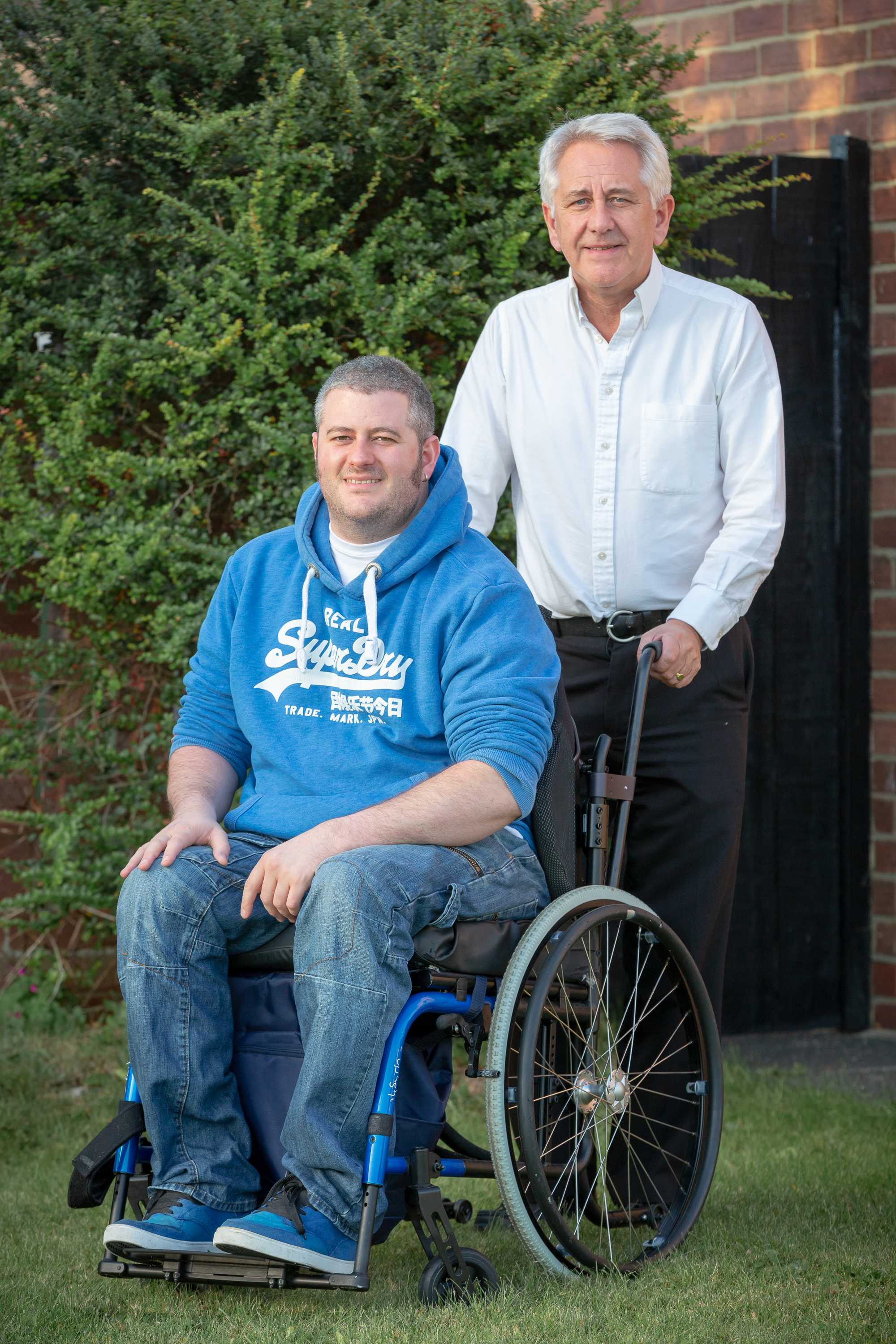