A 42-year-old primary school Head Teacher has been successful in claiming unfair dismissal and sexual orientation discrimination against a former employer after being sacked for having sex with two 17-year-old males.

The Equality Act 2010 makes it unlawful for a current, potential or former employer to treat an employee, worker or job applicant less favourably than another individual because of their sexual orientation.

In August 2015, Mr Aplin had sex with two 17-year-old males. He had been communicating with them via the “Grindr” online dating app. An investigation carried out by the police and Local Authority concluded that no criminal offence had been committed and no child protection issues were apparent. The school nevertheless conducted a disciplinary investigation into whether Mr Aplin’s conduct had brought the reputation of the school into disrepute, impacted on his ability to fulfil his role as Head Teacher and undermined the school’s confidence in him. As part of the investigation, a report was produced by the investigating officer. The report was then discussed with the chairman of the school’s governors and a fellow governor in advance of a disciplinary hearing. It was decided at the hearing that Mr Aplin’s actions were enough to constitute gross misconduct and he was dismissed with immediate effect.

Mr Aplin subsequently appealed. In his letter he criticised: (a) the unfairness and bias of the investigation report which had prompted his dismissal; (b) the failure to disclose documents produced during the investigation carried out by the police and Local Authority and (c) the inappropriate focus on child protection issues which were not relevant. The Local Authority lawyer decided that the appeal should take the form of a complete re-hearing.  However, due to delays and further procedural errors Mr Aplin resigned claiming constructive dismissal. He later brought proceedings in the Employment Tribunal claiming that he had been unfairly dismissed and was a victim of sexual orientation discrimination.

The Tribunal found that whilst the disciplinary procedure was flawed in many aspects, constituting a breach of the implied term of trust and confidence, his appeal had the effect of keeping his contract alive. This was because unusually his contract of employment could not be terminated until after he had had an opportunity to appeal. However, the Tribunal also held that the continuing procedural errors in relation to the appeal process amounted to further breaches of the implied term. This in turn entitled Mr Aplin to resign, and as a result, his claim of unfair dismissal succeeded.

In relation to his discrimination claim, the Tribunal held that whilst the investigating officer had subjected Mr Aplin to sexual orientation discrimination, the same could not be said for the school governors and Local Authority lawyer present at the hearing. It was held that Mr Aplin would have been treated differently had he had sex with two 17-year old females or was a female who had had sex with two 17-year-old males.

The school subsequently appealed to the EAT on the grounds that its handling of the disciplinary appeal process did not constitute a breach of the implied term. The appeal was dismissed on the grounds that the Tribunal was wrong to find that Mr Aplin’s decision to challenge his dismissal affirmed his contract of employment.  Rather, the EAT held that Mr Aplin’s decision to appeal was merely a case of an employee giving his employer an opportunity to remedy the breach of the implied term.

The school also appealed against the finding of discrimination. The EAT concluded that the investigation officer had not given adequate alternative explanation for his conduct and the appeal was dismissed.

Mr Aplin subsequently cross-appealed against the finding that the school’s governors and Local Authority lawyer had not been discriminatory. He argued that the Tribunal had failed to consider relevant evidence. The cross-appeal was allowed in part and the matter in relation to the governors was remitted to the same Employment Tribunal.

The law provides that where a provision, criterion or practice applied by an employer puts a disabled person at a substantial disadvantage, in comparison to a non-disabled person, the employer must take reasonable steps to avoid the disadvantage. If an employer fails to do so, the disabled employee may have a disability discrimination claim against their employer for failing to make reasonable adjustments in respect of their disability.

Mrs Linsley has ulcerative colitis (a disability within the meaning of section 6 of the Equality Act). Ulcerative colitis can make someone urgently need to go to the toilet and can be aggravated by stress.

Between September 2015 and April 2017, four additional reports were prepared by Occupational Health. These reports once again acknowledged stress to be a trigger to her symptoms. The reports recommended that Mrs Linsley should be provided with a reserved car parking space, should be placed near toilets where she was working, and have a less confrontational role.

In November 2016, Mrs Linsley took up a new role at the site where she had originally worked in 2001. HMRC had a policy which gave priority to those staff members requiring a parking space as a reasonable adjustment under the Equality Act 2010. After requesting a dedicated parking space, Mrs Linsley was provided with a disabled parking space at another site if she failed to get a space on her current worksite. This was something which her employer appeared to regard as equivalent to the arrangement she had in place when working at her previous two sites.

Mrs Linsley brought a claim for disability discrimination against HMRC on the grounds that HMRC had failed to make reasonable adjustments in accordance with the Equality Act 2010.

The Employment Tribunal found that the arrangements made by HMRC did constitute reasonable adjustments. Furthermore, HMRC’s failure to comply with its own parking policy did not mean it breached its duty of care: the rights contained in the policy were discretionary and could be departed from.

Mrs Linsley successfully appealed. The EAT held that the Tribunal had been wrong in its approach to reasonable adjustments: the Tribunal failed to give due weight to the employer’s parking policy when assessing the reasonableness of the steps taken and failed to focus on the particular disadvantage suffered by Mrs Linsley as a result of not having a dedicated parking space.

By failing to follow its own policies, without any satisfactory explanation, it is unlikely that an employer can successfully show that it has discharged its duty to make reasonable adjustments.

A dispute, in the case of ICTS (UK) Limited v Visram UKEAT/0133/18, arose over a provision dealing with long-term disability benefits and when entitlement to such benefits ceased.

Mr Visram’s contract of employment contained a provision which enabled him to receive long-term disability benefits. The benefits were due to commence 26 weeks after the start of Mr Visram’s absence and continue until the “earlier date of [his] return to work, death or retirement”. Mr Visram submitted a grievance when no benefits were received despite being absent for more than 26 weeks. In response, the insurer agreed to pay the benefits for a 12-month period. Mr Visram was then dismissed on the grounds of capability.

Following his dismissal, Mr Visram successfully brought a claim to the Employment Tribunal for unfair dismissal and disability discrimination. The Tribunal held that ICTS (UK) Limited was contractually obliged (as the new employer) to provide him with long-term disability benefits until he became fit enough to return to his original job.

ICTS (UK) Limited challenged this decision and appealed to the EAT arguing that the words “return to work” meant return to any suitable work which Mr Visram was able to carry out and did not mean return to the job he was performing before going on sick leave. The EAT upheld the Employment Tribunal’s decision and the appeal was dismissed.

Employers should be careful when drafting policies and ensure that these policies are fully considered before dismissing employees.

The latest figures on gender pay reveal that less than half of the UK’s biggest employers have successfully narrowed their gender pay gap. This comes from data collated from 10,000 UK firms with 250 or more employees for the second year in a row.

The gender pay gap is calculated by comparing the average pay between men and women in an organisation and is different to equal pay.

Studies reveal that, at the current rate, it will take approximately 60 years to close the gender pay gap.

Changes to ‘injury to feelings’ award

‘Injury to feelings’ can be awarded as part of the compensation award for unlawful discrimination. This type of compensation takes into account the hurt and upset that an individual has suffered. On 6 April 2019, the Vento bands (used for calculating injury to feelings award) increased and are now as follows:

The Court of Appeal has provided clarification on the scope of litigation privilege and when it may apply in relation to a company’s internal documents.

Litigation privilege protects confidential communications between lawyers and their clients, or lawyers and third parties, which arise in connection to ongoing or anticipated litigation. It arises from the principle that a litigant or potential litigant should be able to investigate potential disputes without being required to disclose certain documents created during investigations to their opponent

West Ham applied to the court to inspect several documents to which privilege had been asserted. This application was dismissed and West Ham appealed. The appeal concerned documents containing six emails passing between the board members of E20, and between E20 board members and stakeholders. According to E20, the emails in question were created with the dominant purpose of discussing a proposal to settle the dispute at a time when litigation was in reasonable contemplation. One of the issues was whether litigation privilege extends to documents which are concerned with settlement or avoidance of litigation, but neither seek advice or information for the purposes of conducting litigation, nor reveal the nature of such advice or information. The Court of Appeal overruled the High Court’s decision.

In summary, litigation privilege only covers communications created at a time when litigation is in reasonable contemplation, between parties or their solicitors and third parties, for the purpose of obtaining information or advice in connection with the conduct of litigation, provided it is for the sole or dominant purpose of the conduct of the litigation. For clarification purposes, conducting litigation includes deciding whether to litigate and whether to settle a dispute. 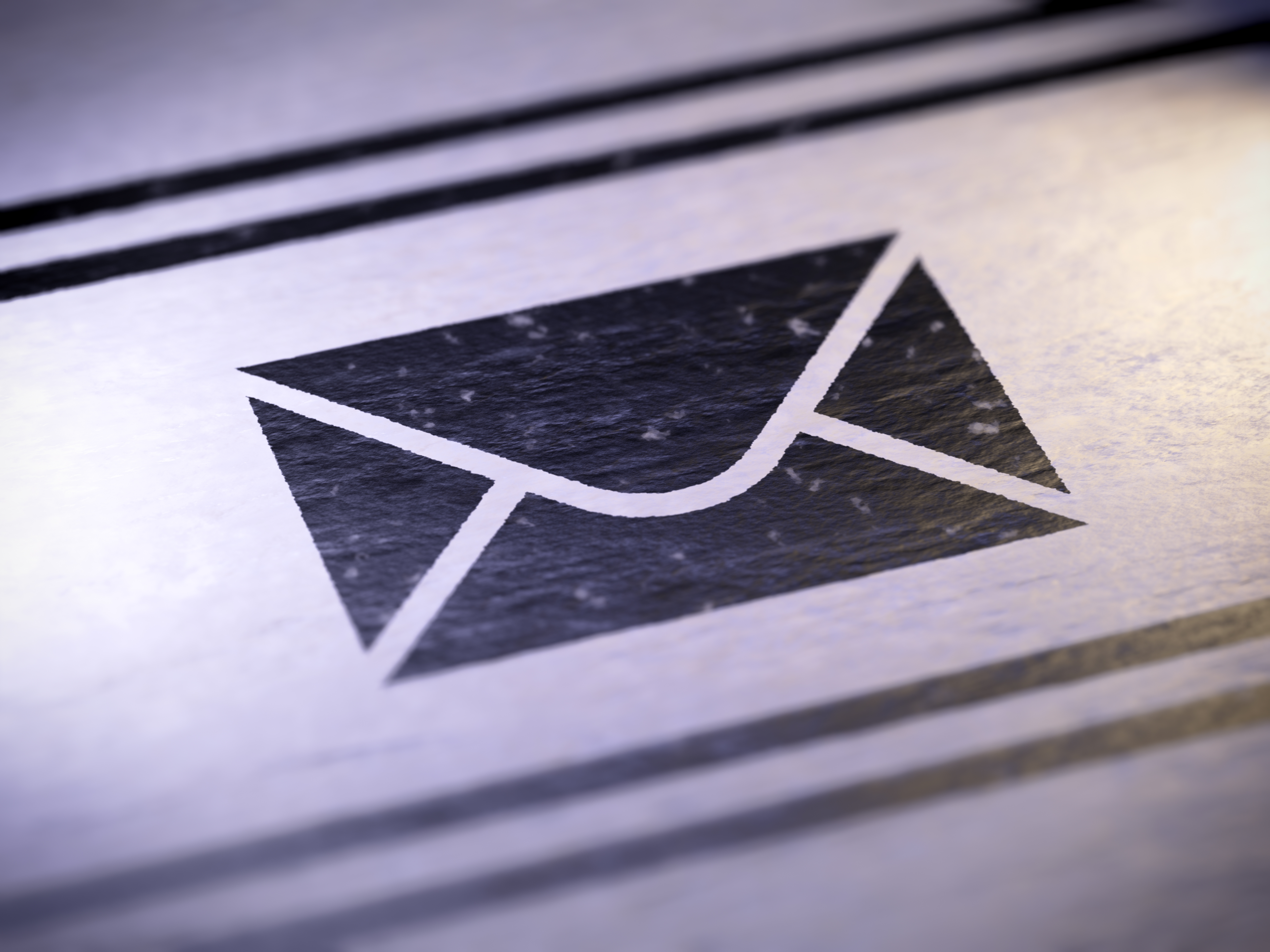