On the 9 November 2021 The Commercial Rent (Coronavirus) Bill was published and received its first reading in the House of Commons.

It is the aim of Government that this new legislation will become law by no later than 25 March 2022 and its purpose is to determine the extent, if at all, to which landlords of commercial premises must (a) write off accrued financial arrears payable under the terms of business leases which were caused by the legally enforced closure of business premises during the Coronavirus pandemic, and/or (b) allow extended periods of time for the payment of such arrears.

On the same day as the proposed new legislation was published, the Government also published a new Code of Practice for commercial property relationships to replace the existing code and which, while voluntary, invites commercial landlords and tenants to reach agreement on Covid-19 financial arrears using the same principles as the new legislation will legally impose upon them following 25 March 2022 if agreement cannot be reached.

While the proposed new legislation has yet to complete the full legislative process, it is unlikely its basic terms and principles will be materially altered.

The key points of the new legislation are:

1. The legislation and the protection intended for commercial tenants relates only to a ‘protected rent debt,’ which is defined as being arrears of rent, service charge, insurance, VAT, and interest on late payments which are payable under a lease of business property and which were caused by the legally enforced Covid-19 pandemic public health closures of businesses in England during the period between 2pm on 21 March 2020 and 11.55pm on 18 July 2021. For businesses in Wales the protected period is between 21 March 2020 and 7 August 2021.

2. The legislation allows for arrears of protected rent debt to be (a) written off in whole or in part, (b) for additional time to pay such arrears up to a maximum of 24 months from the date of any decision, and (c) for contractual interest on the late payment of such arrears to be reduced, potentially to 0%. One or more of these remedies can be found to apply to the protected rent debt otherwise payable under a business tenancy.

3. Where landlords and tenants cannot agree upon how protected rent debt will be dealt with, Government approved bodies can be approached by either side to appoint a suitably qualified independent arbitrator to determine what, if any, relief there will be for a tenant with protected rent debts.

4. While the period may be extended by Government, any reference to arbitration of a dispute over a protected rent debt must be made by either the tenant or the landlord within at most 6 months of the new legislation becoming law. Tenants and their advisers will need to carefully monitor this deadline for seeking remedies in relation to protected rent debts.

5. Neither a landlord nor a tenant can refer a dispute over a protected rent debt to arbitration unless they have first given the other side notice of their intention to do so and allowed up to 28 days for the other side to respond.

6. The reference to arbitration must include (i) the referring party’s proposals for how the protected rent debt should be dealt with, and (ii) their accompanying documentary and verified witness evidence to which the other party must respond with their own proposals and evidence within 14 days. The parties then have up to 28 days to put forward any revised proposals and further evidence.

7. While the dispute can be resolved by an arbitrator based on the written evidence and submissions alone, either side can request an oral hearing. Oral hearings will be held in public unless the parties agree that such hearings should be in private and must take place within 14 days of a request by a party for such a hearing.

8. Arbitrators must make their awards as soon as reasonably practicable after receiving each sides’ final proposals and evidence and within no more than 14 days of an oral hearing. The decisions of Arbitrators must be made public.

9. Unless in the circumstances of a particular case the arbitrator directs otherwise, the parties will (a) equally pay the appointed arbitrator’s fees and expenses, which the Government may seek to impose limits upon, and (b) will pay their own professional fees of the arbitration process.

10. An arbitrator can only make an award giving relief to a Tenant if their business is either ‘viable’ or would be viable if one or more of the remedies available was granted. Failed or failing businesses which cannot continue trading irrespective of any assistance they receive with a protected rent debt are not to be assisted by the legislation.

11. Arbitrators when deciding what, if any, remedy to grant to business tenants are required to make their decisions based on 2 principles, (a) that the purpose of any award is to preserve the viability of business tenants or to restore them to viability in so far as that allows a landlord to remain solvent, (that is, so that a landlord is able meet their debts as they become due), and (b) that tenants should pay the sums due under their leases in so far as this is consistent with preserving or restoring their viability.

12. Arbitrators when determining the application of the 2 principles will need to consider and the parties will need to provide evidence of their respective (i) assets and liabilities, (ii) of a tenant’s payment history, (iii) the impact of Covid-19 on the tenant’s business, (iv) any other leased property owned by a landlord, and (v) any other financial information an arbitrator considers relevant.

13. An Arbitrator will disregard anything done by either party to manipulate their financial position to improve their prospects of a favourable award, for example, excessive dividend payments, and will, when determining either a tenant’s viability or a landlord’s solvency, disregard their capacity to borrow money or to restructure their businesses.

14. Landlords cannot seek to legally enforce the payment of protected rent debt through the Court system, commercial rent arrears recovery (‘CRAR’), forfeiture of a lease, by using a tenant’s rent deposit, or through insolvency proceedings during ‘the moratorium period’ which is the later of 6 months from the date the legislation becomes law or the conclusion of the arbitration process in a case.

15. When the legislation becomes law, this protection from the legal enforcement of a protected rent debt will be considered to have applied as from 10 November 2021. Landlords who are using or have used court processes to obtain money judgments on protected rent debts and which remain unpaid will not be able to enforce these following the legislation coming into force and during the moratorium period.

The legislation is intended to create a rapid legal process for determining how the burden of Covid-19 related commercial rent arrears will be divided between landlords and tenants and to require the parties to put forward reasoned and evidenced arguments on what proposals will allow viable businesses to continue but at the same time maintaining landlord solvency.

While such terminology is not used in the legislation, the emphasis in the Code of Practice is on what is ‘affordable’ by both sides with account being taken of a tenant’s anticipated credit/debit balance sheet value, business performance since March 2020, assets, government assistance received (including loans and grants), and dividend payments to shareholders.

Only the determination of several such disputes within what is intended to be a public process is going to provide precise guidance as to how the arbitration process and Arbitrators will treat such protected rent debts and above all how the term ‘viable’ will be interpreted, the legislation and the Code of Practice deliberately declining to define such a term and leaving it to be decided on the facts of each case.

Landlords may seek to argue that provided a tenant’s business will remain solvent, that is, able to pay its debts as they become due, even if a tenant is required to pay all Covid-19 arrears owed, that the tenant’s business is viable and should therefore be forced to pay in full. Landlords will argue that large commercial business tenants with consequently more substantial reserves and resources should be forced by arbitrators to pay protected rent debts in full.

A viable business however is more than one that is basically solvent. A viable business is one that can maintain acceptable net profit margins in its market sector, can provide a competitive rate of return to its stakeholders, that is, employees and investors, can invest and diversify as opportunities arises, and accumulate and maintain reserves.

While the legislation specifically defines solvency it does not define viable, and that expression is likely to be determined to mean more than solvency. While the legislation only requires landlords to be kept solvent in such disputes, arbitrators are required to keep business tenants viable.

Landlords and Tenants, and particularly tenants need to be considering their financial evidence with their accounting and legal advisors sooner rather than later and ensuring that they will be able to put forward their reasoned and supported proposals as to why protected rent debts should be waived, paid over a period, and should not bear interest. Such proposals need to be based on financial evidence of what is affordable by them and taking account of how the expression ‘viable’ is likely to be interpreted and applied.

Landlords with real solvency issues will need to evidence these but even where their solvency is not jeopardised, Landlords, particularly those with large retail, hospitality and commercial portfolios, should be scrutinising and requiring disclosure of such tenants’ financial position and emphasising (a) such tenant’s pre-Covid-19 trading and financial histories, that returns to stakeholders cannot be expected to be fully maintained during a time of crisis, and the likely reserves available to such tenants, and (b) the second principle arbitrators must apply that business tenants should be made to pay their historic financial liabilities under leases in so far as this is consistent with maintaining their viability.

Angus Ashman is a Partner in our Dispute Resolution department at Sintons. You can contact Angus at angus.ashman@sintons.co.uk or on 0191 226 7823. 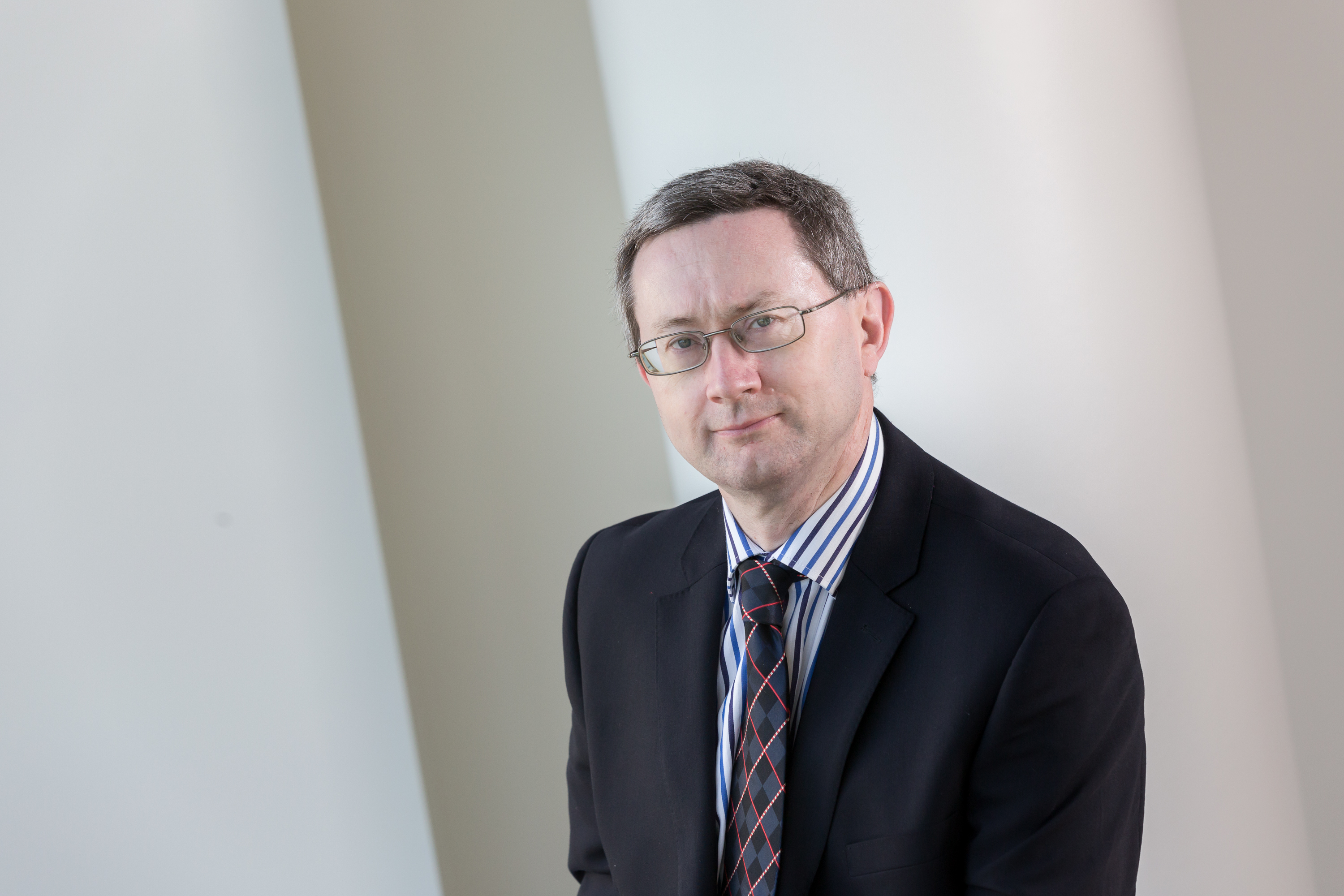