Two North East-based video production agencies have merged to become one business, in a move designed to help accelerate their growth and national reach.

YourFilm and Digital Sidekick have now merged under the YourFilm brand, bringing to fruition a project which was put on hold in March 2020 with the onset of the COVID-19 pandemic.

Founded in 2005, YourFilm has a portfolio of clients including Admiral, Flymo, Frank’s The Flooring Store, Nissan, Sage and Thomson Reuters, as well as working with agencies on projects for brands such as Warner Bros. Games, The Walking Dead, Parkdean and Ladbrokes.

The new structure will see the three directors lead the five-strong team from its base in the Northern Design Centre, Gateshead.

“We’ve been working with Marc on ad-hoc projects for a couple of years now and in summer 2019 I floated the idea that we’d be stronger together than apart,” says YourFilm co-founder Matthew.

“We needed another senior creative who could produce work and Marc was the perfect choice as we had witnessed his creative talent first-hand. He was also keen for the support of a team, rather than running things entirely on his own.

“We’re really pleased to have Marc onboard with us, especially as we continue to set our sights on further growth in the coming months.”

Digital Sidekick founder Marc Runkee adds: “Having run Digital Sidekick for over 11 years I was ready to take our offering to the next level and in order to do that, I needed to work with more people and be able to tap into more resource and a broader range of skills.

“Merging with YourFilm was the right choice – I’ve collaborated with Matthew and Kevin on various projects and they have bags of experience in the sector.

“It’s my aim to add my experience to their offering so that we can work with more clients on exciting projects, both regionally and nationally.”

The merger was completed by law firm Sintons, with corporate partner Adrian Dye and solicitor Jonathan Tutu leading the transaction.

“YourFilm has established itself as a leading name in the North East’s burgeoning creative sector and its client list of national and international household names tells its own story of the impact it has made and the reputation it has earned over the past 16 years,” says Jonathan.

“Its merger with Digital Sidekick, and with it the addition of new creative expertise and insight to its team, is a great move and shows the team are never ones to miss an opportunity. This stands them in strong stead going forward and we wish Matthew, Kevin, Marc and the YourFilm team every success.” 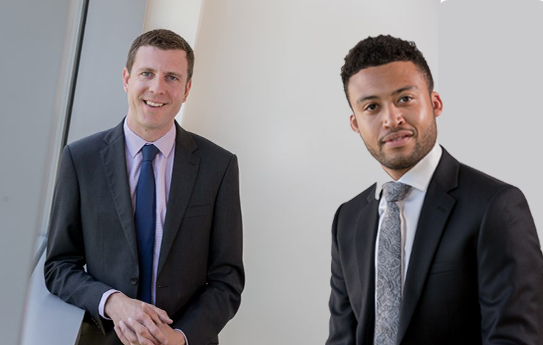