Law firm Sintons has again maintained its reputation as one of the leading law firms in the North of England in newly-released rankings from Legal 500, winning plaudits for its strength and expertise across the firm.

Legal 500 2022, released today, renews its praise of Sintons and confirms them as being a go-to legal provider in the region in many key practice areas.

The independent publication – which ranks law firms and lawyers across the North, compiled as a result of examples of work, interviews and client and peer testimonials – names eight of Sintons’ lawyers as leading individuals, three as next generation partners and a further six as rising stars. One of its lawyers also secures the highly coveted accolade of being named in the Legal 500 Hall of Fame, in recognition of consistent achievement throughout their career.

The latest Legal 500 rankings add further to the long-standing reputation of Sintons – winner of five awards at the most recent Northern Law Awards, including overall Law Firm of the Year – as a leading player in the North of England, with national reach and capability in many of its departments.

The leading individuals at Sintons, as identified by Legal 500, are:

The next generation partners, as identified by Legal 500, are:

The lawyer named as member of the Legal 500 Hall of Fame is:

The rising stars at the firm are:

Christopher Welch, managing partner of Sintons, said: “We are very proud of the reputation we have built during our 125 year history as being a law firm which consistently offers legal excellence and an outstanding service to our clients, and for these two factors to again be recognised by Legal 500 as being a staple of Sintons’ offering is very pleasing.

We are delighted to maintain our position as one of the leading law firms in the North of England, with strength, capability and experience running throughout our practice areas.” 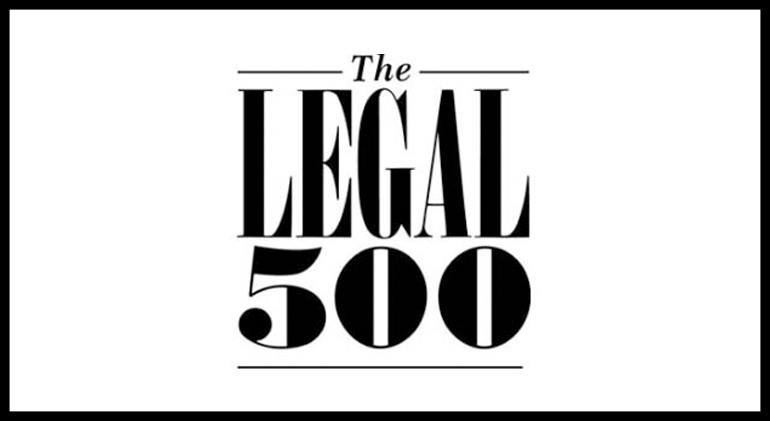