A first-time entrepreneur has combined a desire to be his own boss with his love of real ale and rum to open a micropub on North Tyneside.

James Benson has established the Front Street Tap House in Monkseaton, following significant investment to transform the property into a traditional pub.

The venue offers a wide range of rums, with around 20 different varieties initially in stock, alongside a selection of real ales from independent breweries in the North East and Yorkshire. It is open every day but Monday.

Front Street Tap House is the first venture by James Benson, who was made redundant from customer service roles before deciding he wanted to take control of his own destiny.

He has based his first venture in 17b Front Street, near to the renowned coastal ‘beer-muda triangle’ of the Left Luggage Room in Monkseaton, and the Dog and Rabbit and Nord Bottle Shop in Whitley Bay, and which has been welcomed by fellow micropub operators around the North East.

James, originally from Leeds but who now lives in Wallsend, said: “Over a ten-year period, my wife and I had been made redundant six times between us, and I reached a point where I thought either I continue to work in this unstable corporate world where I could be looking for a new job every three years, or I be my own boss and do something that I’ve always wanted to do.

“Front Street Tap House is one of the only venues in the North East to specialise in rum, which is widely expected to become as popular as gin within the next five years, and we will also have a great range of ales too. The definition of a micropub is somewhere you can go to enjoy a drink while also enjoying conversation and some good craic, without the loud music and big screens you get in most places these days, and that is what we are going to create here.

“The coast is a brilliant place to be, its real ale venues are fantastic, and with the regeneration of Spanish City, it’s such a popular place and growing all the time. I have had so much support already for my venture from fellow owners of micropubs, such as the guys from the Left Luggage Room and from the Town Mouse in Newcastle, it’s a very welcoming and supportive network. I am really looking forward to the future and to welcoming real ale and rum lovers into Front Street Tap House.”

James has been supported in his licensing application by Sarah Smith, head of licensing at Sintons, with real estate solicitor Vinaya Jigajinni handling the completion of the premises lease.

Sarah Smith said: “James has taken his own love and knowledge of real ale and rum to create a super little venue, which is in an ideal location being so near to well-established fellow independent operators.

“James’ venture adds further to the growing portfolio of really dynamic and exciting independent leisure venues we have in the North East and we wish him the best of luck with the Front Street Tap House.” 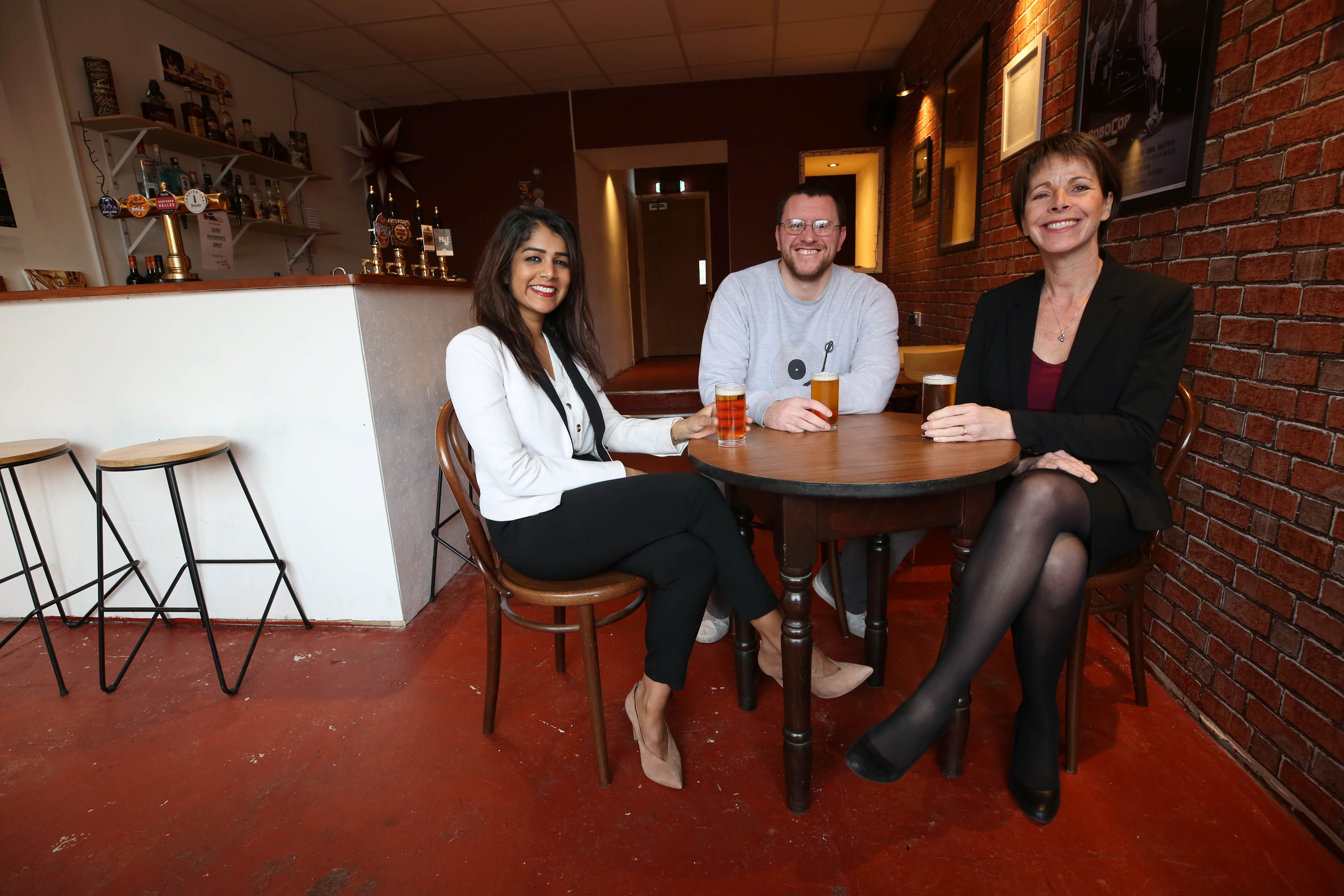