Two of the world’s most popular video games could be heading for their own ‘Battle Royale’ in the courts, and in the full glare of the media spotlight, after one was accused of copying the other.

The makers of Fortnite have been accused of copying the intellectual property of PlayerUnknown’s Battlegrounds (PUBG), both of which are among the biggest names in gaming of the modern day, with their ‘last player standing’ online battles becoming the new must-have for gamers.

PUGB was released in March 2017, inspired by the Japanese film Battle Royale, and involves 100 players parachuting onto an island, where they search for weapons and kill one another until only one player remains. Fortnite was released by Epic Games in July last year – with its Battle Royale mode launching in September – and also sees 100 players landing on an island, searching for weapons and killing one another until there is only one man left standing. However, Fortnite also allows players to collect wood, metal and bricks to build defences.

Both games have attracted record-breaking numbers of gamers – Fortnite set the world record in February 2018 with 3.4 million people playing at once, breaking the previous record of 3.3 million simultaneous players set by PUBG.

PUGB has now filed an injunction against Epic Games in its native Korea, in a move which, if successful, could restrain Fortnite’s distribution, in what would be a huge blow to a game that is estimated to currently generate over $200 million a month.

With the ease with which you can share, distribute and sell computer games across the world, it is important to consider the relevant IPR in each country and ensure that adequate and appropriate protection is obtained.

In England and Wales there is no system of registration of copyright, unlike in the US, where legal registration of original creations is offered. Generally speaking, copyright in gaming generally covers:

Should a challenge to copyright arise in England and Wales – or had the case of Fortnite and PUGB been filed under this jurisdiction – the makers of the alleged infringing party would have to show that:

It remains to be seen what will happen with the case of Fortnite and PUGB, and whether its outcome will affect the rising popularity of both games, but it does serve as a reminder for game creators to be aware of their rights, and to enforce them when required, in the fast-growing multi-billion pound gaming industry.

Lewis Couth is an Associate and IP dispute specialist at law firm Sintons, based in Newcastle. To speak to him about this or any other matter, contact Lewis on 0191 226 3653 or lewis.couth@sintons.co.uk 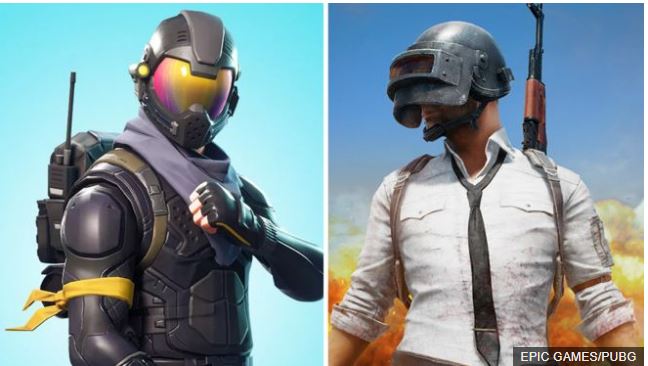