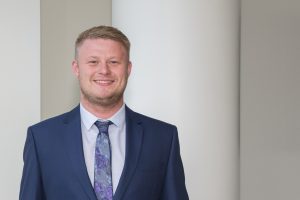 The journey I took in the lead up to securing a Training Contract with Sintons was slightly different, especially during the early stages. I started out at Northumbria University studying Mechanical Engineering. I was pushed toward a mathematical based degree due to my high achievement in similar subjects at School and Sixth Form. I soon realised that this was not a career I wanted to pursue. I had already taken a masterclass in Law back in 2010 and it was always something I knew I would enjoy. I decided to take a difficult decision to transfer onto the MLaw course at Northumbria University and begin my second spell as a fresher!

The change in career turned out to be the best decision I had ever made. The law course was a lot more social and involved exercising a lot more of my vocational skills which I do thoroughly enjoy. I graduated from University with a First Class Masters in Law, which combines the LPC.

During my last year at Northumbria I worked in the Student Law Office providing advice to clients on small scale civil matters which included issues such as tenancy deposit disputes and the civil/tortious side of a burglary. Alongside this I also briefly volunteered at the Citizens’ Advice Bureau in Gateshead providing on the day, face to face advice to people on a range of different issues

It was also during my final year at University when my firm with the Student Law Office were invited the Sintons offices for a taster style day. We were given a very personal day with involvement from the then trainees, David Pritchard the Head of Marketing, and even Mark Quigley the Managing Partner. It was this personal touch that encouraged me to apply the Graduate Recruitment Week at Sintons for 2018. I managed to gain a place on the week which further confirmed that Sintons was a firm that I would love to train with. I was welcomed into the Claimant Personal Injury and the Commercial Property Teams for a brief spell. Both experiences provided me with valuable and enjoyable experiences, but also provided me with suitable tests to ensure I was suitable for a Training Contract with the firm.

After being offered a Training Contract with the firm, trainees are assigned a ‘Buddy’, who keeps us in the loop with current firm affairs and invites us along to regular firm and trainee socials. This constant contact during the period in between gaining an offer and joining the firm ensured that we always felt like part of the team.

Our trainees are on twitter, follow @SintonsTrainees to see what they are up to or to ask for advice.