Woman rejected by mother in will wins £164k inheritance

A woman cut out of her mother’s Will has now secured a £164,000 inheritance from her estate, in a landmark court ruling made today.

Heather Ilott challenged her mother Melita Jackson’s will after being left nothing from her £486,000 estate when she died in 2004. After falling out with her daughter many years previously, Mrs Jackson left her entire fortune to three animal charities.

However, the Court of Appeal has ruled that Mrs Ilott had not received “reasonable provision” from her mother, and was awarded a third of her estate. Mrs Ilott, 54, said she would use her inheritance to purchase her housing association home.

Paul Nickalls, Partner and Head of Wills and Probate at Sintons, has warned that in light of the new ruling, anyone wishing to exclude their children from their Will must seek legal advice.

He said: “This judgement has come as a big surprise and has major implications for people making wills.

“The result of the decision is that it has become much harder to disinherit a child.

“If a testator does not want one of their children to inherit part of their estate in future, then it will be necessary to explain very clearly why the child is not receiving anything and why someone else is receiving the money instead.  It is crucial that legal advice is sought in such a situation.” 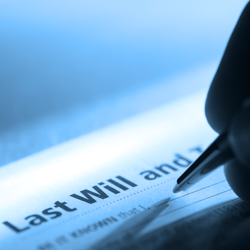