A law firm which recently expanded into a new base – the first time in its 123-year history it has opened a second site – has held an event to mark its arrival in Yorkshire.

Sintons, which has been based on a single site in Newcastle since its inception in 1896, now also has a consulting office in York, which it has opened in response to increasing levels of work from across the North, Midlands and wider UK.

The new base, in the city’s Tower House, will allow Sintons to grow its national presence even further, and comes as the latest step in its ambitious growth plans. The law firm is also pursuing an ongoing recruitment drive to add new legal talent to its team, with lawyers relocating from as far afield as London and Manchester to join Sintons.

Over 60 people attended an event to mark the opening of Sintons’ consulting office, with prominent members of the Yorkshire business and healthcare community joining senior members of the Sintons team.

Full service law firm Sintons already has an extensive network and client base across Yorkshire, acting for many commercial and public sector organisations, alongside a strong private client base. It has also recently won a coveted appointment to the legal panel of Day One, a holistic support service for patients who are in hospital and their families who have been affected by major trauma.

It is known as a leading law firm in the North of England and works across the UK in a number of specialist areas, including being a leading advisor in the fields of healthcare, insurance litigation, neurotrauma and corporate and commercial work.

Mark Quigley, managing partner of Sintons, said: “Opening this consulting office is a very significant step for Sintons, having worked nationally from a single site for over 120 years, and is a very important new strategic site for us which we are committed to developing. Our reputation already extends into Yorkshire and far beyond and our strengths as a firm match many of the key sectors in the county.

“We are delighted with, and most grateful for, the warm reception we have received in York from our fellow members of the Yorkshire business community, and the attendance at our event was fantastic. We are very pleased to now be open here and look forward to developing our presence in the weeks and months ahead.” 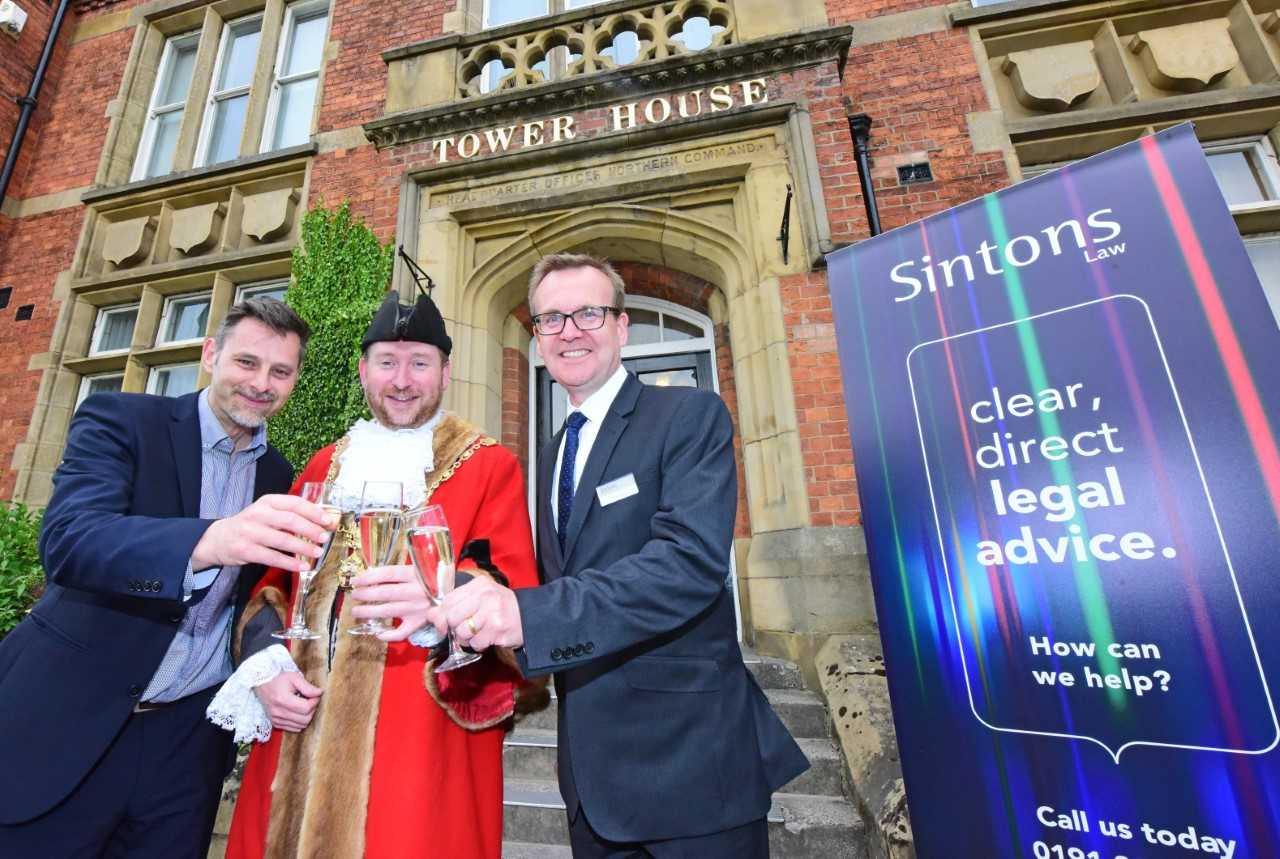