A quiz night is being held by Sintons to help raise money for a much-loved children’s charity.

The event, organised by the firm’s specialist neurotrauma team, will be held on September 10 and is expected to be another sell-out Sintons event.

The quiz will raise money for the Child Brain Injury Trust, for which Sintons has already raised thousands of pounds through a series of hugely successful events, including a race night and festive Home Alone screening at Tyneside Cinema.

The funds raised from the quiz night – held at Nine Bar at St James’ Park and hosted by David Pritchard and Peter Jennings from Sintons’ marketing team – will be added to the fundraising for Sintons’ participation in this year’s Peak District Challenge. The neurotrauma team is taking part in the gruelling 25km trek for a second consecutive year, having raised over £2,000 through its participation in 2018.

Sintons has a close relationship with the Child Brain Injury Trust, which supports young people and families whose lives have been affected through serious injury, and was selected as the charity’s sole legal support service partner in the North East of England, in recognition its outstanding reputation for legal capability and client service.

John Davis, consultant in Sintons’ neurotrauma team, said: “This promises to be another excellent event which offers the chance to have an enjoyable evening while raising money for a great cause. It will also help support myself and my neuro team colleagues in our Peak District Challenge fundraising, for which we are actively training and look forward to completing in September.

“Having worked with the Child Brain Injury Trust for many years, we have seen first-hand the crucial role the charity plays in supporting young people and their families during some of the most traumatic times imaginable, and we are grateful to everyone who is supporting us in our fundraising to help their work.” 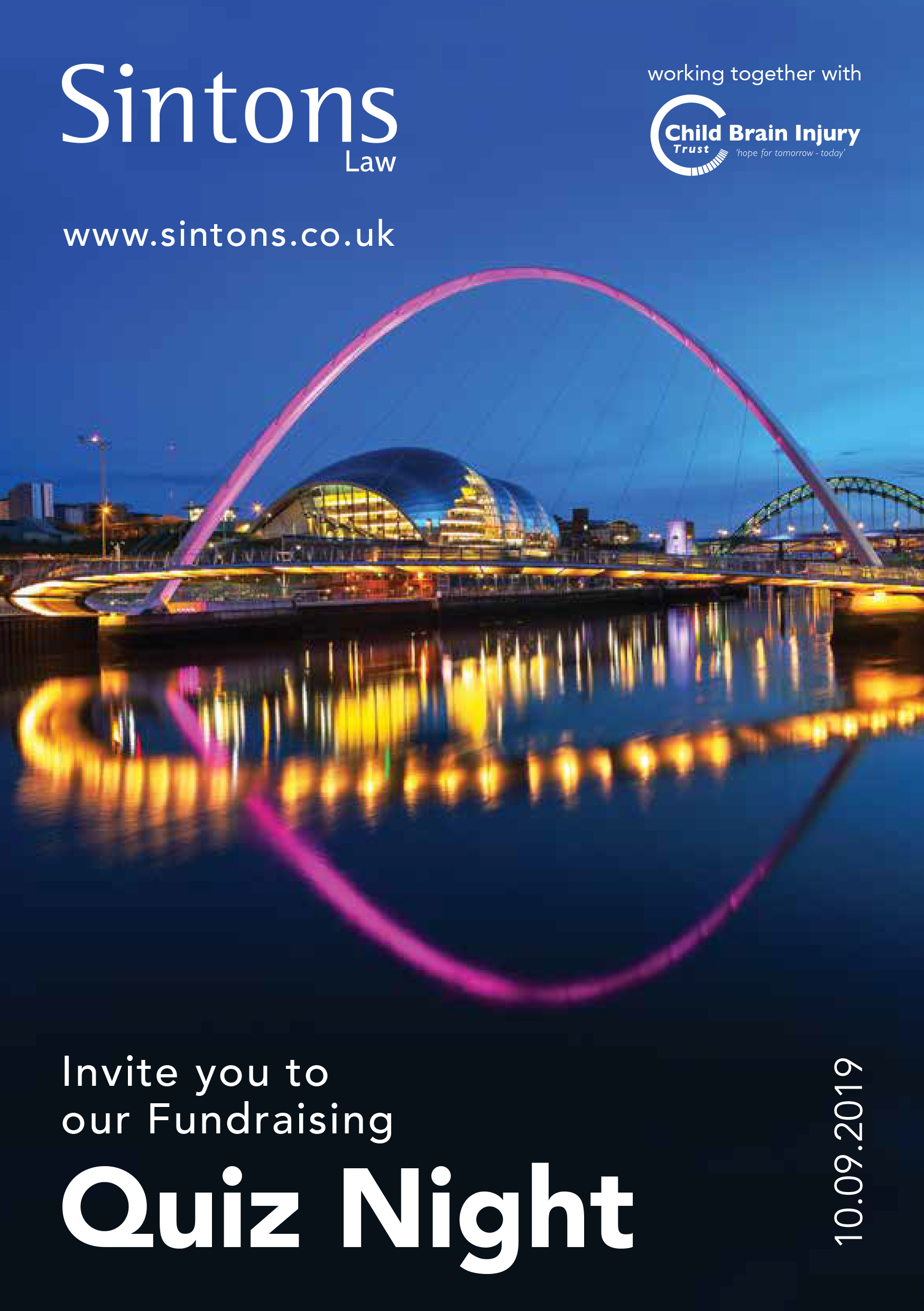