Sintons’ development – reflections from the Chairman

Sintons’ chairman, Alan Dawson, is one of the firm’s longest-serving people, having joined in 1980. Here, he shares his thoughts on some of the biggest changes and advances he has seen in the past 41 years.

When I joined in 1980, we used manual typewriters, although thankfully electric typewriters had recently become available. There were no screens at that time, but over the years we added one-line screens to the typewriters, then that went up to three or four lines. It was the early 1990s before we introduced computers.

There were no colour photocopiers so all of the plans we copied were in black and white. We would have to go over them with coloured pens to make them the same as the original.

The introduction of fax in the 80s was a game changer, everything before then was done by Telex or telegram if we needed ‘instant’ communication. The only problem was that due to the paper fax machines used at that time, the print would fade – we’d go back to the file six months later and the sheet would be completely blank! We had to remember to photocopy the fax when they came in for use in our records.

With property completions, all bank-to-bank transfers involved getting an actual cheque from the bank, and then going to the office of the other solicitor in the transaction to inspect the deeds and then complete the deal. Fridays, the traditional completion day, were often spent going between solicitors’ offices in Newcastle.

When mobile phones were introduced, we had one mobile for the firm to use, we didn’t have one each. It was one of the brick-like phones with a huge battery, but it was a huge novelty.

Thankfully things have moved on hugely, and Sintons now has a first-rate technology and IT infrastructure, which enables us to offer a very efficient service to our clients while keeping their data fully secure.

Size of the firm

We really started to grow from the mid to late 90s, and in 1998 we moved our offices from Portland Terrace in Jesmond to bigger premises in Osborne Terrace, which comprised three and a half houses next to each other with an overspill office further down the road. We imagined that would give us room to grow for the next 15 years – but within the next two or three years, it was already too small.

We came to The Cube in 2004 and at first didn’t use the top floor of our four-floor building, although within the next couple of years we had expanded into there.

Over the years, we have added many outstanding lawyers to our team, both through recruitment from other firms as well as training young people-in house. Our commitment to supporting aspiring lawyers through their training contract has been unfaltering – I joined as an articled clerk (or trainee, as it’s now known) and have progressed through the ranks.

As the firm has grown then so too has our back-office and support functions developed. We didn’t have the infrastructure we have now, so no HR, IT or marketing department.

Our accounts system was all manual, the cashier had to write everything by hand. There was one card per client, so if you had to borrow it, then they couldn’t make any more entries for that client until you returned it.

Our HR function was our office manager, who kept a record of who was off and the reasons for their absence – reading it now, some of the reasons are quite amusing!

Law firms weren’t allowed to advertise at all until the late 1980s, so the only kind of marketing we could do was through the Yellow Pages. Now, we operate at the very forefront of the sector, adopting digital way before many of our competitors, and that early investment is helping us to stay ahead in the marketplace.

In the 1980s when I joined, Sintons had a very significant insurance litigation practice which acted for four or five of the major national insurers. The revenue from that area of the business probably accounted for two thirds of our entire income. However, in the early 1990s, we recognised that reliance on a few large clients or a particular work stream was not the best way to develop the firm and could make us vulnerable. We therefore made concerted efforts to radically change our business model and to further grow the other practice areas we had operated in for many years, including private client, corporate and commercial and real estate, and they proved to be areas of strong development for us. They continue to be key areas of the business for us and will be central to our ongoing progress as a firm.

We also moved into claimant personal injury work, which really took off in the late 90s and early 2000s. More recently, we have developed our national reputation as specialists in catastrophic and serious personal injury work with a thriving specialist neurotrauma department which handles life-changing brain and spinal cord injury work.

In the early days, we were more of a regional firm with clients mainly across the North East, and some in the wider North. Occasionally, clients moved to elsewhere in England which helped us to reach out nationally on a small scale, but we didn’t have much of a national reach.

However, as we grew as a firm, we started to work on a more national basis and now on an international basis as well. The improvement of technology was also an important factor in enabling us to communicate with people wherever they were by phone or fax, but more recently by mobile phone, email or even video calling which has proved so important during the pandemic.

Through our efforts to grow individual areas of the business – which in many instances have demonstrated substantial growth over the course of a number of years, underpinned by the hard work of our people – we have been able to add outstanding new lawyers to the team, whether they have moved to Sintons from elsewhere or have been trained in-house.

Now, we have a number of areas of the business which are regarded in the highest terms nationally, including our healthcare team, which has grown its presence over the past 10 to 15 years to become a national leader in its field.

We continue to receive growing numbers of instructions from across the UK and wider afield in almost all areas of the business, as our capability and reputation as a firm builds further still. 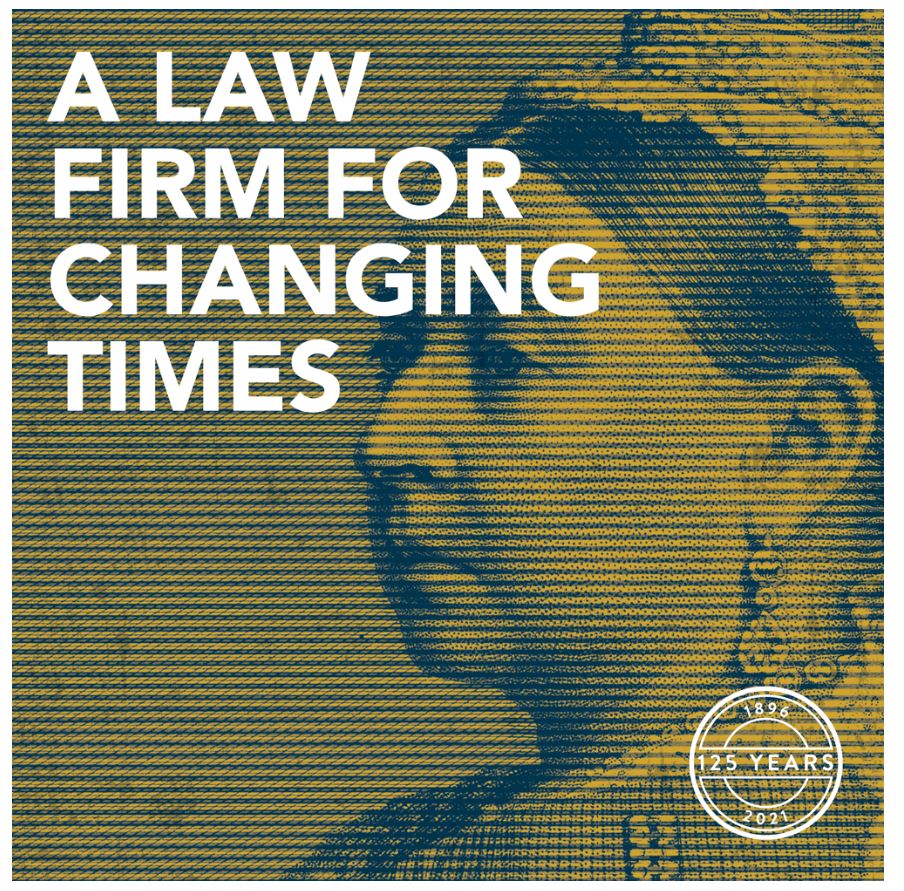