The beehive sponsored by Sintons has yielded its first batch of honey, which will raise money for the firm’s staff charity.

The hive, based on the Northumberland moors, is thriving and is predicted to be home to around 50,000 bees at its peak.

Sintons adopted the beehive earlier this year as part of its CSR commitment, which also includes environmental sustainability, with bees playing a central role in ecosystems and in helping to support food production, although levels of honey bee colonies have declined significantly in recent years.

As well as supporting the region’s bee population, the honey gathered from the hive will be sold in aid of Daft as a Brush, the much-loved cancer patient transport charity for which Sintons is raising funds throughout 2018-19.

The firm is now selling the first ten jars of honey to its staff, and is also running a competition for them to devise a ‘brand name’ to appear on subsequent jars. Sintons’ staff have previously named the Queen Bee – Beetrice – through a firm-wide competition.

More honey is expected in the coming weeks, with Iain Davies, a beekeeper with more than 30 years’ experience, looking after Sintons’ hive.

Mark Quigley, managing partner of Sintons, said: “We took the decision to sponsor a beehive because, as a responsible business, we are committed to our CSR activity and are always keen to play our role in our native North East, while also being mindful of our environmental impact and the role organisations like ours should play in supporting and protecting the environment.

“We are delighted to receive our first batch of honey, and it has been very pleasing to see how warmly our beehive sponsorship has been welcomed by our team here. There has been a great level of interest in naming our Queen Bee and in reserving jars of honey, and it’s fantastic that our beehive is something that everyone can have involvement with. We look forward to receiving future batches of honey and to raising further vital funds for our staff charity, Daft as a Brush.” 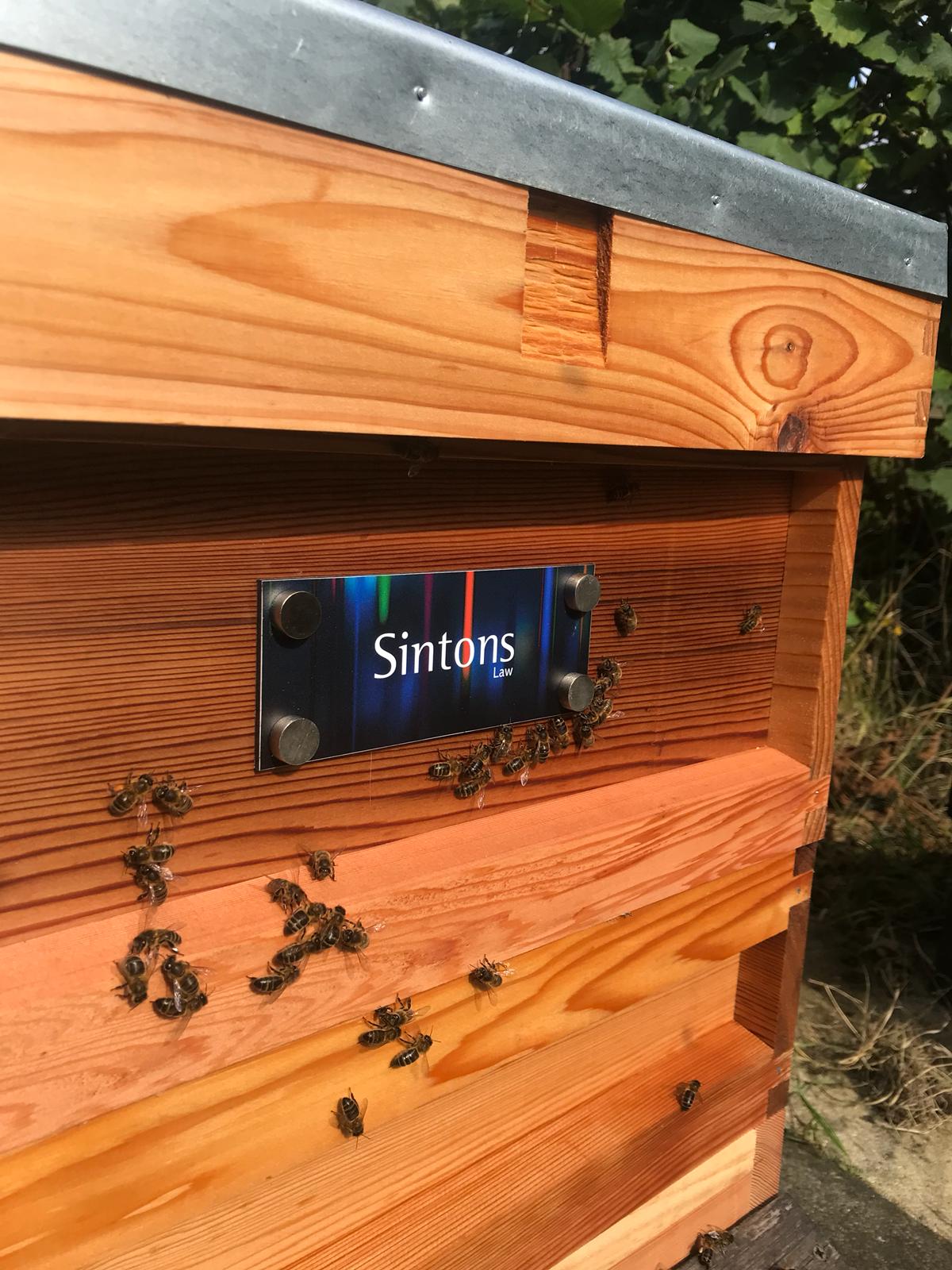