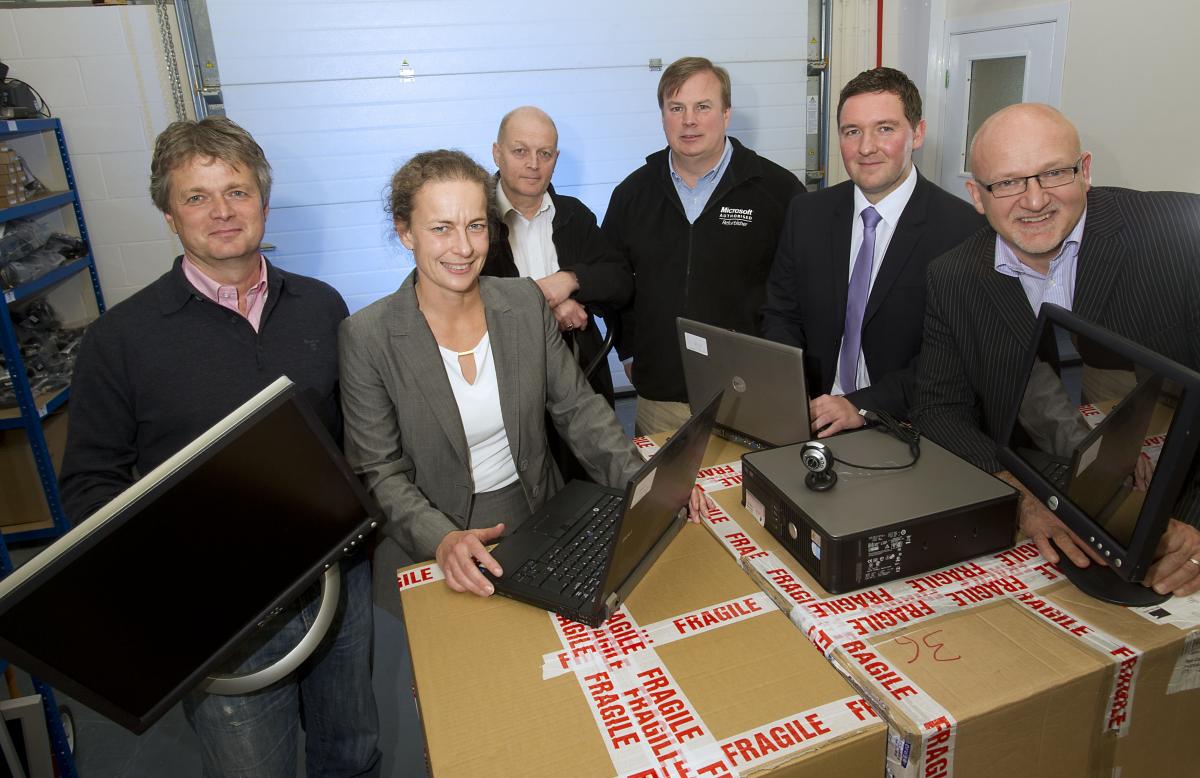 A north east ‘sustainable computing’ specialist is set to expand its presence in markets around the world after bringing a new six-figure investment into the business.

RefurbThat.com buys and refurbishes bulk lots of computing equipment, adding more than three years to the life of each item in the process, and then resells them through its website, as well as via other e-tailers.

Most of the equipment it purchases originates from large corporations which are upgrading their IT systems after reaching the end of their contracts with the leasing firm that supplied it to them.

RefurbThat.com is one of only five Microsoft Authorised Refurbishers in the whole of the UK, and primarily resells desktop and laptop computers, but it also offers other refurbished computing equipment, including servers, screens and monitors.

The number of items in each transaction has been growing steadily in recent months, with shipments of several hundred pieces at a time now being regularly received at the company’s Cramlington headquarters from both domestic firms and sources as far afield as France, Germany and the US.

To help support its development plans and provide the flexibility required to make new purchases as and when opportunities arise, the RefurbThat.com management team has secured a £150,000 investment from the Finance For Business North East Growth Fund that is administered by fund management firm NEL Fund Managers.

This is the key part of an initial round of £475,000 of funding with other investors being the incoming management team and a US-based fund.

Originally set up in 2005 as an IT services provider, the company refocused its business model last year to concentrate on the sustainable computing market.

Managing Director Mark Harrison, who has recently returned to the UK after several years in the US computing industry to join forces with his brother Mick, says: “Revitalising the equipment that we purchase makes sense from an environmental sustainability point of view, as well as from a commercial viewpoint, and we believe weve only just started to realise the business’s potential.

“Having Microsoft Authorised Refurbisher status gives us a tremendous advantage over our competitors in terms of the guarantees of quality and authenticity that we can give to our customers, as well as around the price differential we can offer, and we’re the only UK firm to have achieved this standard that isn’t a large corporation.

“As the numbers of items in the lots that we buy has grown, the amount of money needed to pay for them all has done the same, and we have to be in a position to secure deals quickly if we’re to get the equipment we want at the right price.