New golf snacks prove more than par for the course 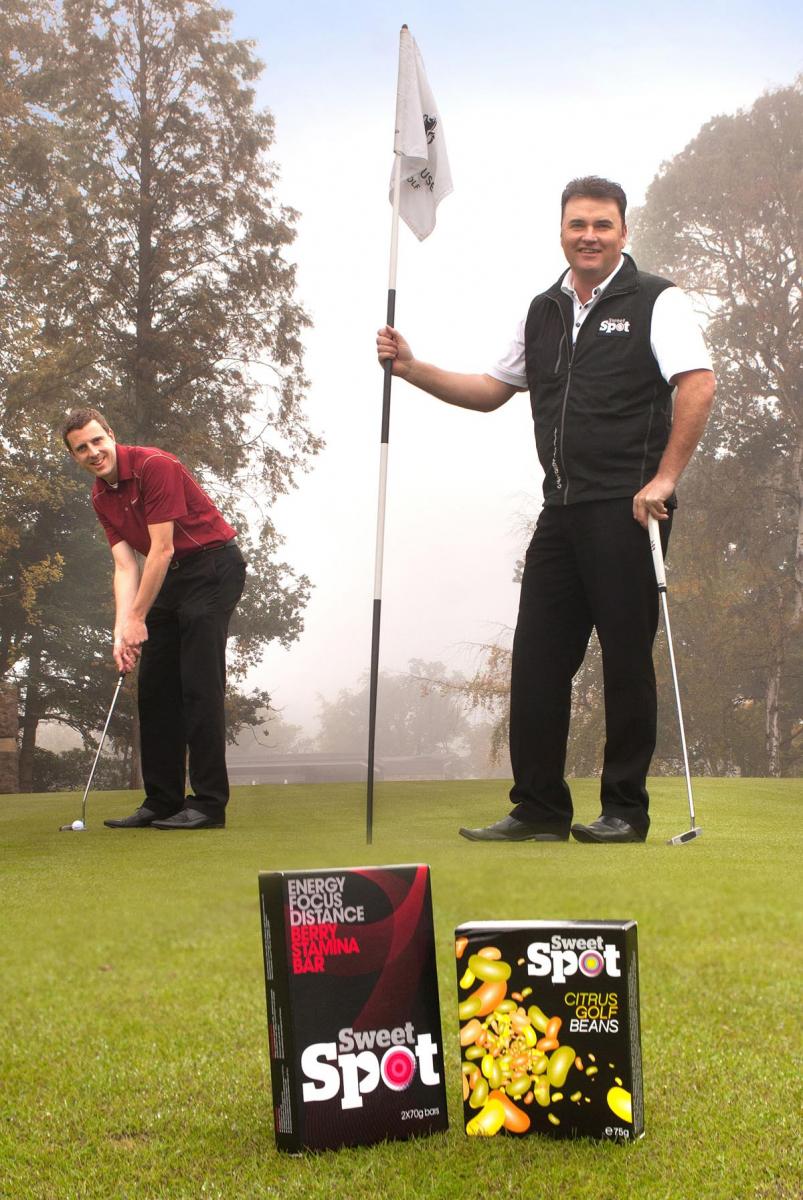 A Northumberland food business which has negotiated and struck deals with internationally-renowned brands including Harvey Nichols and Tetley, is now seeing massive success for its latest products for golfers.

NewLeaf Food Group has established Sweetspot, a range of energy products aimed at the golf market, which is enjoying national success only months after its launch.

Its first creation, the Sweetspot Stamina Bar, was launched in March and is now sold in about 300 UK golf clubs and sponsors major golf events like the Europro Tour. The latest product in the range, Sweetspot Golf Beans, is seeing popularity on a similar scale.

The Sweetspot brand is the latest successful creation from NewLeaf, based in Stocksfield, after its Classic Crumpet was snapped up by retailers including Harvey Nichols. Tea giant Tetley also showed interest in a Classic Crumpet under its Tea Folk brand.

Other products in its innovative range include Xtreme Porridge, an energy-packed breakfast food for children and young people, described by the Sainsbury’s buyer as ‘wow’, which now retails across the country, and its Classic range of sweet treats and desserts.

Rob Mullen, managing director of NewLeaf – which employs nine people at its base on Stocksfield’s Bearl Farm Estates – said while the company was confident of success for Sweetspot, the speed at which it has developed has taken them by surprise. “We are used to launching products that attract a lot of attention, with the Classic Crumpets and Xtreme Porridge being particularly popular, but the level of success we’ve seen for Sweetspot only months after its launch has definitely surpassed our expectations,” he said.

“Our aim is to be number one in golf nutrition. The slow-release Stamina Bar has become the new nutrition-based snack of choice for golfers across the UK, and the quick-boost Golf Beans are doing similarly well. Our pipeline of products includes gels, shots and energy drinks all specially formulated for providing the nutrition golfers need to perform at their peak. With such a great reputation for the range established already, it gives us great confidence for the future.”

NewLeaf has been advised by Newcastle law firm Sintons LLP. Adrian Dye, Associate in the firm’s Commercial Group said: “Having worked with Rob to complete the initial investment into the business two years ago, I am delighted to see how successful the product ranges have become in a very short space of time. The success of the brand is testament to Rob and his team’s hard work and ambition”.

Mr Mullen said: “Sintons has taken out the headache over protecting our rights to these new brands and Adrian and his team have shown that they are extremely professional, always deliver and have almost become partners in our business.”