A team of specialist serious injury lawyers have completed the gruelling Peak District Challenge for a second consecutive year, again raising a substantial sum of money for charity.

The 9 strong group, from Sintons’ neurotrauma team, completed the 25km route at the weekend. The challenge involves an ascent of over 700 metres and requires completion in only nine hours.

Sintons works closely with the charity through its role in supporting young people and families whose lives have been affected through serious injury, and is the Child Brain Injury Trust’s sole legal support service provider in the North of England, in recognition of its national reputation for its legal capability and client service.

In addition to its participation in the Peak District Challenge, the law firm has raised thousands of pounds in aid of the much-loved charity through an array of recent events, including a race night, festive family cinema day and quiz.

Mark Quigley, managing partner of Sintons, who took part in the Peak District Challenge alongside the neurotrauma team, said: “The Peak District Challenge is indeed a challenging undertaking but one we are very pleased to have again completed for such a worthy cause. The commitment of our team has been excellent, and we are all most grateful for the generosity of from those who have donated vital funds towards our fundraising efforts for the Child Brain Injury Trust. 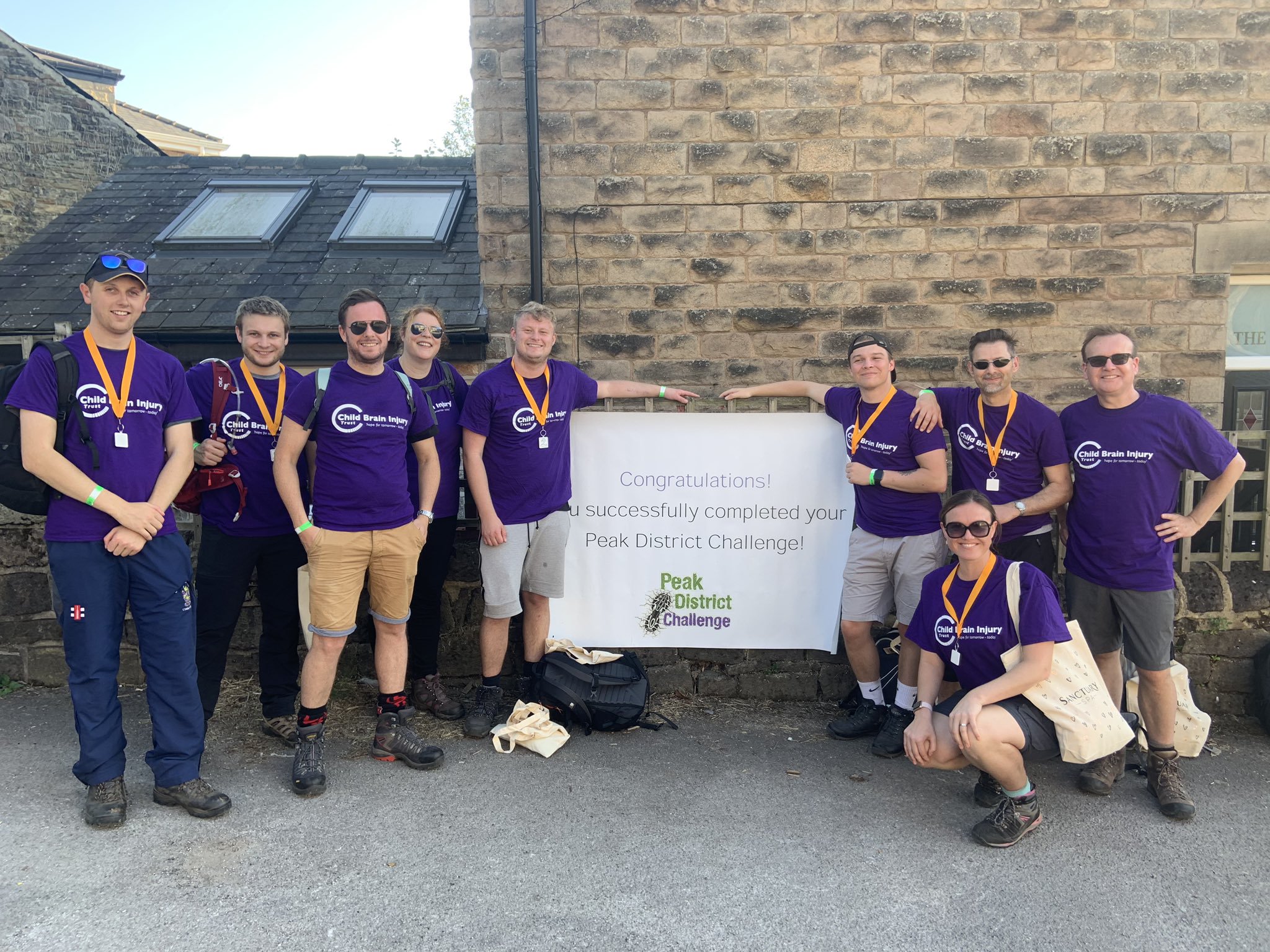