A netball tournament comprising players from across the North East’s business community has raised over £2,000 for charity.

The event, organised by law firm Sintons, attracted ten teams from organisations across the North East, comprising netball players of all abilities and levels of experience.

The tournament, held at the Eagles Community Arena, saw Sintons’ own netball team emerge victorious, with Strutt & Parker as runners up.

The event, held on Friday, was held in aid of Sintons’ staff charity, Daft as a Brush.

The latest impressive fundraising initiative moves Sintons closer still to its target of £15,000 for the much-loved charity, to enable the purchase of a liveried ambulance to help increase Daft as a Brush’s provision for transporting chemotherapy and radiotherapy patients across Newcastle, North and South Tyneside, Northumberland and Durham.

The netball tournament is the latest in a series of fundraising events held by Sintons in aid of its nominated charity, including a golf day – the biggest in the firm’s history – a series of Christmas performances from its choir, as well as bake sales, dress down days and staff bingo events.

Mark Quigley, managing partner of Sintons, said: “This was a fantastic occasion, which saw many participants giving it a go despite having never played netball before. It was a very fun and informal day which has raised a hugely impressive sum for our nominated charity, Daft as a Brush, and I know many teams found it a great team building opportunity too.

“My thanks go to everyone who took part and helped to make it such a superb and enjoyable day, and well done to our very own Sintons team for their victory, as well as to Strutt & Parker for running them so close.” 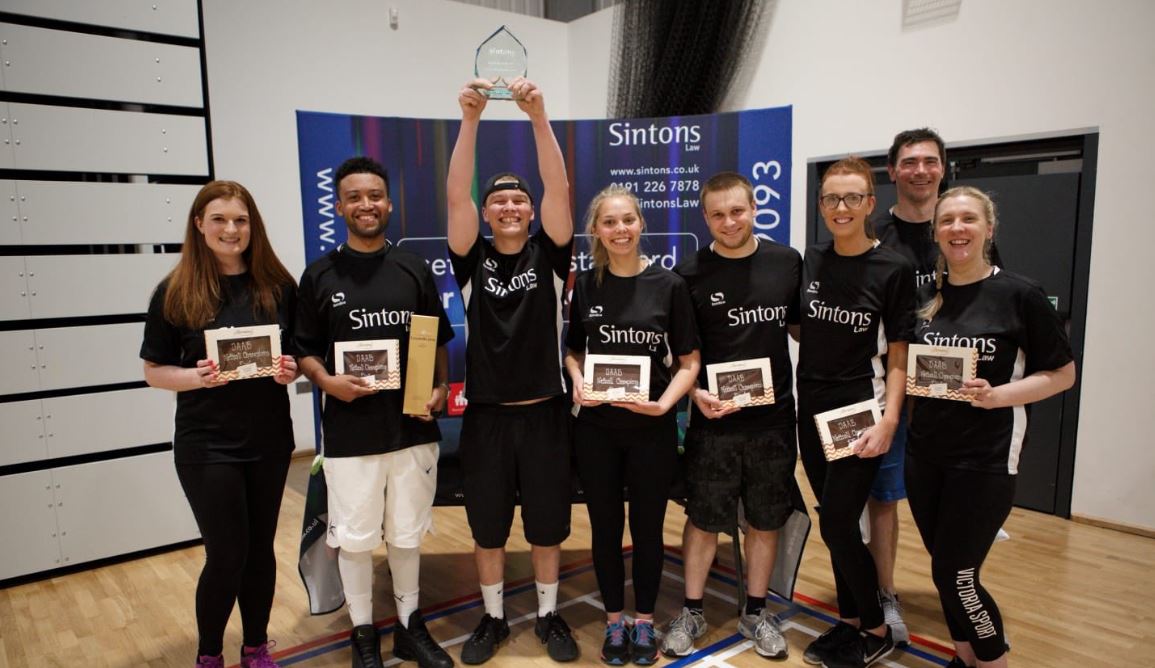