While a career in law was once considered to be out of reach for many young people, and particularly those for whom going to university was not an option, the creation of a new apprenticeship scheme in the region has truly opened up the profession.

Since its foundation in 2017, the North East Solicitor Apprenticeship (NESA) programme has created a new world of opportunity for people aged 18 and over, who can enrol on a six-year scheme which will result in qualification as a solicitor, with the added benefits along the way of on-the-job training and being paid.

Law firm Sintons, a founder member of the NESA consortium, has taken on three solicitor apprentices over the past two years, all of whom are making strong progress. They are office based for four days a week, with one study day for their academic work, and are receiving mentoring and supervision from some of the best lawyers in the North of England.

Leah Greenwood and Nathan Johnson both joined Newcastle-based Sintons in 2017 after completing their A-levels and immediately became part of nationally-renowned specialist teams. Leah joined Sintons’ insurance litigation team, which acts for many of the UK’s most prominent insurers, and Nathan went into the neurotrauma department, which handles the most serious of injury claims from around the country.

Saffron Sinclair joined Sintons last year having already graduated from university, but decided she wanted to go into law and an apprenticeship was the best option for her. She has joined the firm’s fast-growing rural and agricultural team.

Having not known exactly what a legal apprenticeship would entail when they first joined Sintons, Leah, Nathan and Saffron agree their experience has exceeded their expectations.

Nathan says: “I chose the apprenticeship route because of a culmination of avoiding debt, gaining practical experience working in a law firm while studying, and guaranteed qualification as a solicitor at the end of the scheme. This route allowed me to alleviate the stress I would have had trying to find training contracts at University.

“By the time I am qualified, I will have six years of experience which will be absolutely invaluable, as opposed to just two years if coming out of university. This will allow me to hit the ground running and be better equipped upon qualification to be the best lawyer I can be.”

Saffron agrees. “The theory of law is different from practice so the work experience is rich and will be helpful as it puts me in better stead when I qualify. It has given me a better understanding of the areas in practice and I would certainly recommend it to others. It has exceeded my expectations drastically as I am working on some very significant projects and being given more responsibility than I originally thought I would.”

All three apprentices have been assigned dedicated mentors and supervisors, as well as being supported by their departments and Sintons’ dedicated training team, and are delighted with the levels of support they are receiving.

Leah says: “Sintons support us in every possible way. They invest a huge amount of time in supporting our studies as well as our development in the office. Should we need any materials or additional training, they always accommodate us, and they are also concerned about our general wellbeing to ensure we are managing with the demands of the role.

“Despite the challenges of the apprenticeship and managing your studies on top of your work, I would encourage anyone with an interest in pursuing a career in law to apply for such an amazing opportunity.”

Mark Quigley, managing partner of Sintons, says: “In becoming a founder member of NESA, we were mindful of the need to make the profession more accessible to young people, and to find new outstanding legal talent in the region. Leah and Nathan have both been with us now for over a year and they have done exceptionally well; their dedication and positive attitude is a real credit to them. Saffron has been another excellent addition to Sintons and has already shown signs of great promise.

“We are very proud to be a supporter of apprenticeships and delighted to offer these opportunities to young people in the North East.” 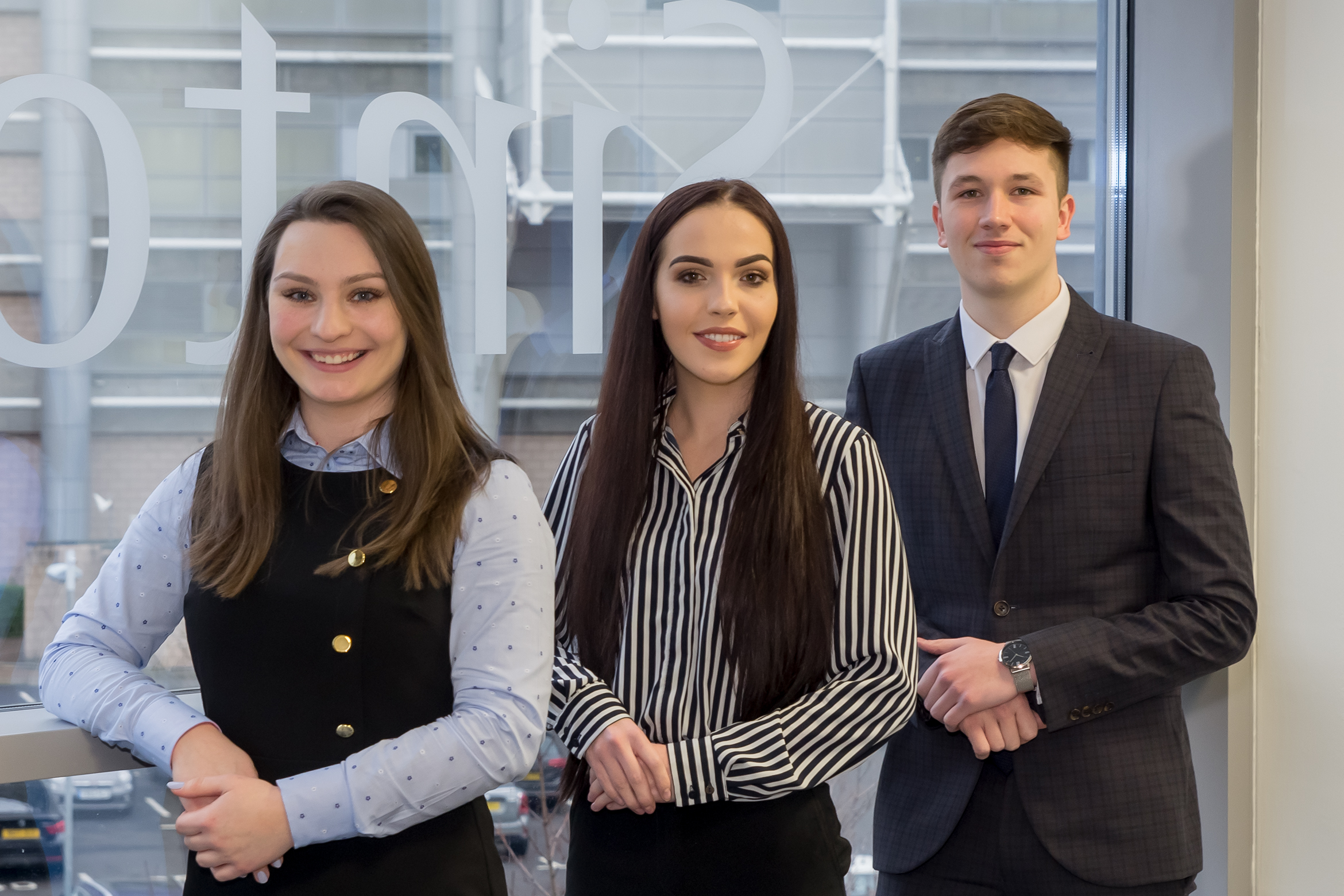