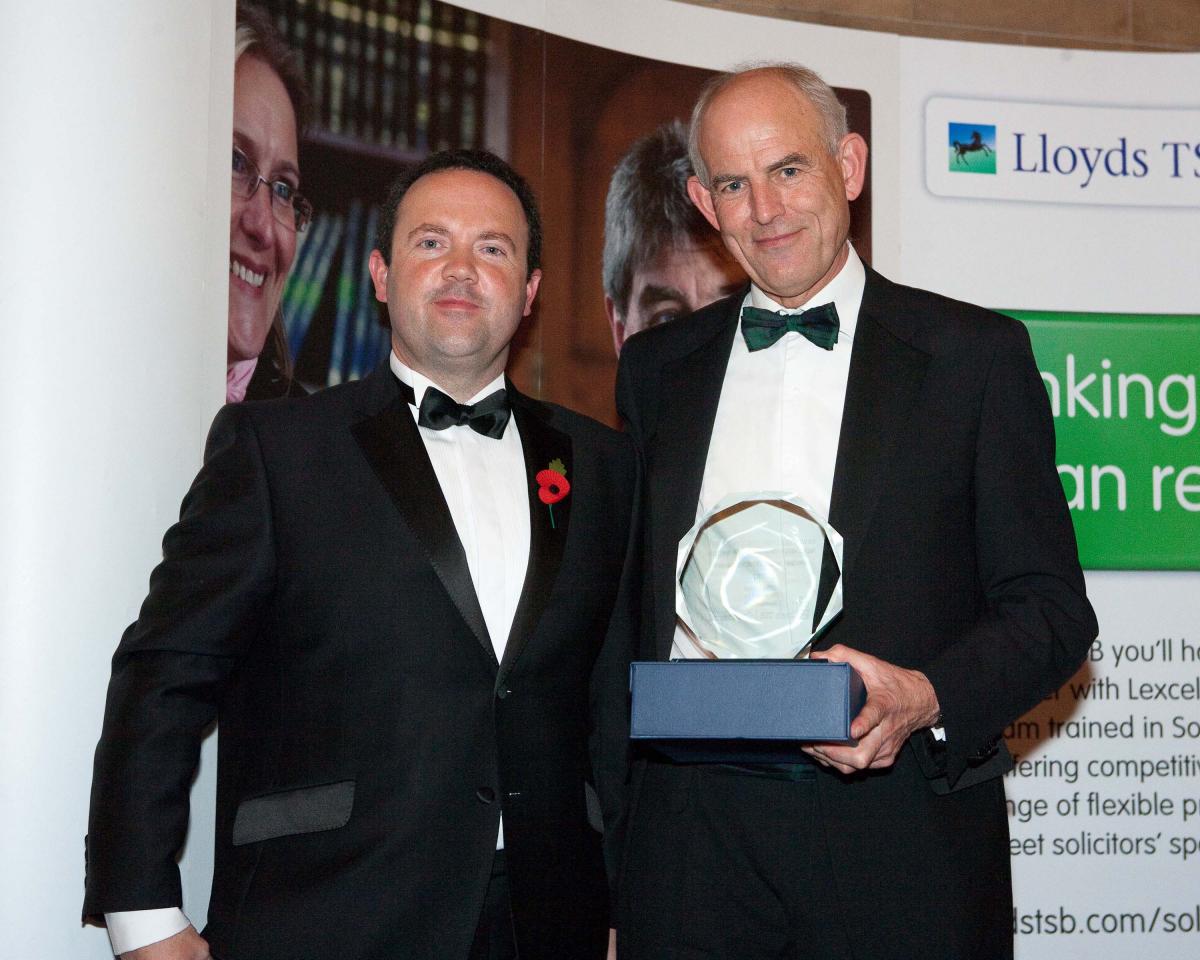 The winners of the 2012 Newcastle upon Tyne Law Society Legal Awards were announced at the Society’s Annual Dinner on the 8th November, held at the Civic Centre. The Awards, judged by an independent panel, are held every two years.

The Special Achievement Award, presented by Graham Lowes of Lloyds TSB Commercial, went to Jim Dias who has been with Sintons LLP throughout his legal career which spans more than four decades, including being the firm’s Chairman for six years. Martin Soloman, Senior Partner at Hay and Kilner, described him as the ultimate professional, firm but courteous, knowledgeable and determined. He went on to say “the highest accolade, in my view, is that he is someone who we would all go to for advice”.

Newcastle Law Society President Rob Langley thanked Lloyds TSB Commercial who sponsored the awards and Northumbrian Water Property Solutions who sponsored the dinner for their support. Over 2000 was raised on the night for the President’s nominated charities The Sea Cadets and SSAFA Forces Help, both active in the North East.