A cyclist left seriously injured after being knocked off his bike is calling for the roads to be made a safer place with better relationships between motorists and riders to avoid a ‘them and us’ mentality which can pose significant risks to vulnerable road users.

Craig Goff-Cooper has called for more to be done to increase awareness of the dangers faced by cyclists on the roads, in light of the significant increase in accidents during the COVID-19 pandemic.

With more people getting on their bikes during lockdown, many of whom have not cycled for years previously, the roads currently contain substantially more cyclists than before the pandemic.

Craig, who was left with a fractured skull and brain injury after a hit-and-run accident in July last year, is calling for greater tolerance from motorists to help ensure cyclists are protected and able to feel safe.

He is adding his weight to Road Safety Week 2020, organised by road safety charity Brake, which runs from Monday 16th to Sunday 22nd of November. He is also is championing efforts made by Sintons to highlight the particular dangers faced by vulnerable road users, including cyclists.

“Sadly on many occasions we seem to have a ‘them and us’ situation. Many motorists seem to see cyclists as lycra-clad wannabe Tour de France riders who don’t stop at red lights, and there is a lot of frustration from their side about what they see as this inconvenience,” says Craig, owner of Ride Electric, E bike specialists based in Tynemouth.

“Drivers can be impatient and determined to get past, and for all the high visibility equipment, lights and cameras cyclists may be wearing, it doesn’t make a difference. We need to see a change in behaviour.

“We need to leave people, both motorists and cyclists, in no doubt about the dangers of the roads, particularly for the more vulnerable users, and what a huge impact it can have if someone is injured.”

Craig himself was seriously injured while cycling in Tynemouth, when a car attempted to overtake and turn across his path, causing a collision and catapulting him over the handlebars. The driver did not stop and has not been traced.

“This was completely life-changing for me,” says Craig, a father-of-two.

“There are so many effects which I have to live with. My long and short-term memory is not great at all, if I don’t take a photograph or notes, I probably won’t remember something. My family are great but it’s very frustrating.

“The effects of my injury aren’t ideal as a business owner, and it would be a struggle to do it single-handedly, but thankfully I have a great team.

“I still have so many emotions about what happened, and do still think about why this driver didn’t stop, but I have to get on with my life.”

As owner of Ride Electric, Craig is also clear about the need for better awareness around the capabilities of electric bikes.

“There are more and more people who are commuting to work using e-bikes, so they can leave their car at home but and not arrive all hot and sweaty. I always make sure they have all the right safety equipment, but we also do a test run before they buy it, so they know what e-bikes are capable of,” he says.

“I don’t think a lot of motorists are aware, and e-bikes do catch them out. They can accelerate away from a junction or roundabout quite quickly, which a lot of drivers don’t expect them to do, so I think this has to be an area where we need to have more awareness.”

As a keen cyclist, but also someone who has been injured, Craig is a passionate champion of the need for riders to be as safe as possible on the roads.

“As a result of the pandemic, most of the shops have sold out of bikes because so many people have wanted to get out cycling,” says Craig.

“Through the Government’s bike repair scheme, where people were given £50 to get out on their bikes, we were seeing bikes which were 20 to 30 years old coming out onto the roads. Whole families were digging out bikes which had been unused and in their garages for years.

“While there were some great efforts made to ensure their safety during the pandemic – North Tyneside Council have been putting cycle lanes along the sea front and through Whitley Bay, and Newcastle City Council have also been doing similar things – we remain a long way behind where we need to be. We’re 30 to 40 years behind the infrastructure of Holland.

“But until we can get to that point, we need to do all we can to make the roads safer for everyone, but particularly for those more vulnerable road users, for whom the consequences of being hit can be life-changing or worse.” 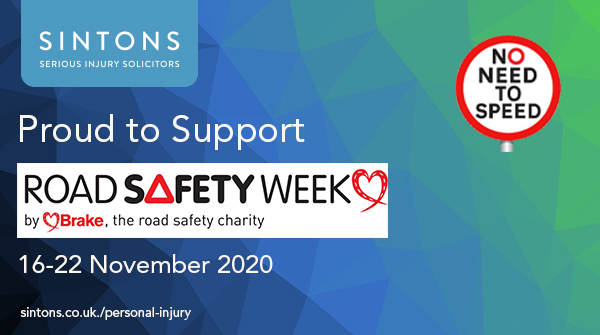