A festive family favourite movie fundraiser is being held later this week, as the latest event in an ongoing partnership between law firm Sintons and a much-loved children’s charity.

Home Alone is being screened at the Tyneside Cinema on Saturday in a special event organised by Sintons which will be attended by scores of parents and children.

All proceeds will go to the Child Brain Injury Trust, a national charity which supports children, young people and their families adapt to life after an acquired brain injury.

Sintons – which was named as the Child Brain Injury Trust’s sole North East legal support service provider earlier this year, in recognition of its outstanding capability and client service in serious injury work – is a passionate supporter of the charity, and has raised several thousands of pounds recently through a series of events including taking part in the Peak District Challenge, holding a quiz night and supporting its Glow Week initiative.

The Home Alone event is expected to raise further vital funds for the charity, to allow it to continue its work with families across the UK during the most challenging and traumatic of times.

John Davis, consultant in Sintons’ nationally-regarded neurotrauma team, said: “Having working with the Child Brain Injury Trust for many years, I have seen first-hand the vital role they play in supporting young people and their families at the most difficult of times, as they deal with the impact of a brain injury and rebuild their lives from there. The team need funds to be able to continue their work, and we are delighted to have been able to host a series of successful events this year, and are grateful for the support of everyone who has attended and donated.

“Our latest event offers families the chance to have a great time watching an iconic Christmas movie while raising money for charity, and the take-up has again been fantastic. We look forward to supporting the Child Brain Injury Trust into 2019 and beyond, and are drawing up plans for further exciting fundraising events.”

Some tickets still remain for the special screening of Home Alone, held on Saturday at the Tyneside Cinema. Doors open at 9.30am with the movie starting at 10am. Tickets cost £10 for adults, £5 for children, or £25 for a family of four. To book a place, contact Peter Jennings on peter.jennings@sintons.co.uk. 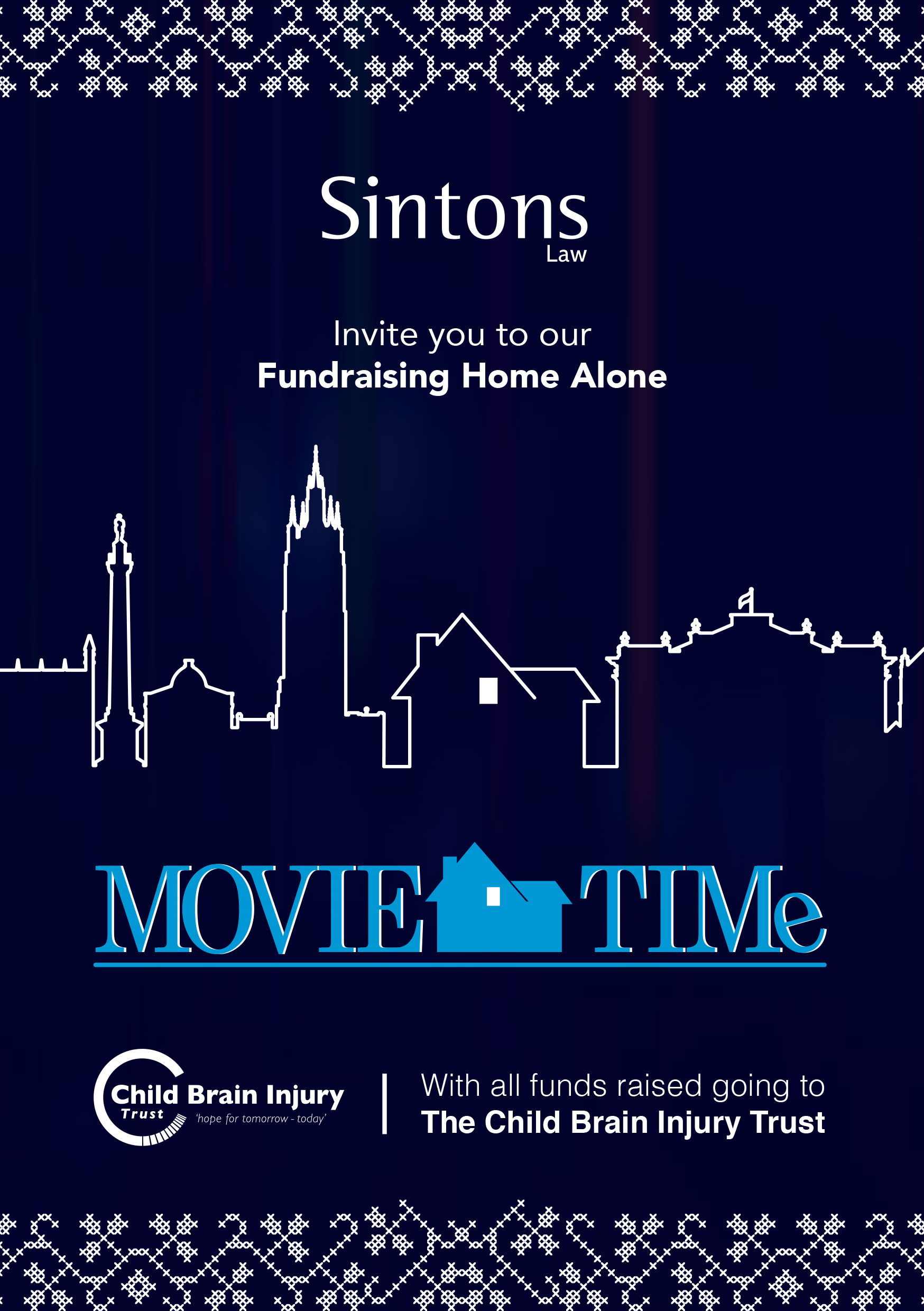