The Head of HR at a North East law firm has won a national award for her work in encouraging young people into the legal profession.

Claire Atkins has received the Volunteer of the Year award from Career Ready, a national charity that links schools and colleges with employers to help prepare young people aged between 16 and 19 for the world of work.

Claire, who works at Sintons, in Newcastle, has been recognised for her long-standing involvement with the organisation, most recently with the Think Law project, run by Career Ready and CILEx Law School, which aims to enable young people from diverse backgrounds to access careers in the legal sector.

The national project is being run in a number of school sixth forms across North Tyneside, and offers a host of options to young people, including participation in masterclasses to promote skills – such as communication, networking and achieving success in interviews – as well as work experience.

Leading law firm Sintons is offering four students involved in the Think Law initiative a week-long work placement in its Newcastle office in August, which will see them gaining hands-on experience in departments across the full service firm. Sintons is committed to offering opportunities to young people and was a founding member of the North East Solicitor Apprentice Scheme, the first of its kind outside of London, which offers an alternative route into law. Already, Sintons has employed two apprentices through this initiative.

Claire has been a supporter of Career Ready for a decade, with her involvement starting when she worked at John Lewis. During that time, she has dedicated a lot of time on a voluntary basis to working with schools and helping to develop young people.

She said: “I have always passionately believed that we should encourage and equip young people with the education, skills and confidence for them to be able to aspire for any job and career they may want. Traditionally, a career in law has been seen by many as being unattainable, but that is not the case. As well as the role of a lawyer, a law firm offers many other potential opportunities, in areas such as IT, marketing and HR, and that mix makes it a diverse and vibrant place to work.

“Career Ready has played such a central role in supporting young people with their skills and aspirations and the Think Law programme is a great initiative to showcase the legal profession. I’m delighted to receive this award, which was very unexpected. I have thoroughly enjoyed being part of it and am looking forward to continuing to develop the programme in the region, such as through our upcoming week-long work placement, to help promote the many career prospects law offers to young people in the North East.”

Karen McCartney, Career Ready’s Regional Manager for the North East, said: “Claire has been absolutely integral to the success of Think Law in Newcastle. She was the first to come forward to offer to host our launch event, inviting along other local law firms. The positive impact on the students was clear to see from the first masterclass that Claire delivered.

“In addition, Claire has hosted steering group meetings and continually networked for Career Ready to bring other local employers on board. Claire is always practical and positive, generous with her time and willing to share her expertise when rolling out the programme in this pilot year.” 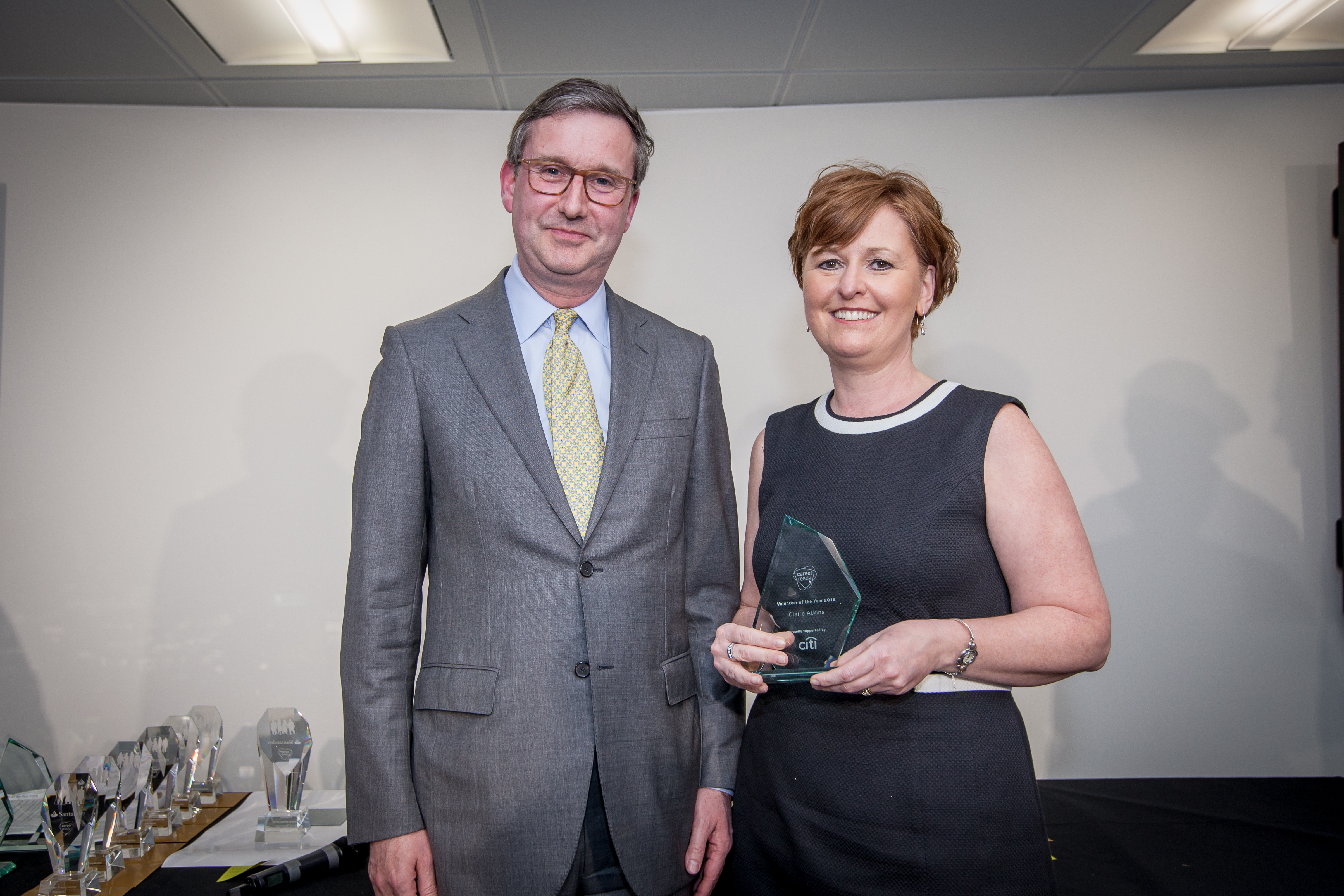