The North East’s only top-flight women’s sports team is appealing for support from businesses across the region to help achieve its ambitions and ensure its long-term future.

Last year, the Tyneside franchise of the Women’s British Basketball League (WBBL) – the top tier of the women’s game in the UK – became part of Newcastle Eagles, the most successful team in British basketball history.

After a successful first season as Newcastle Eagles WBBL, during which the club relocated to their purpose-built Eagles Community Arena on Scotswood Road, the team are now looking to the future, and have appealed for backing from the region’s business community.

While the men’s team is thriving after being taken over by owner Paul Blake more than 20 years ago, achieving unrivalled levels of success in UK basketball, the WBBL team is having to build its own identity, and crucially, source its own sponsorship.

With women’s basketball thriving globally, and Great Britain recently reaching the semi finals of the European Championships, the Eagles WBBL are looking to find corporate sponsors to back them as they bid to grow and develop their fanbase and on-court capability.

Paul Blake said: “Having been in this position 23 years ago where we were building up the Eagles from scratch, we are now in a similar situation with our WBBL team. We need money coming in so the team can run, and while it’s not a case of the team folding next season, it is the reality that we need to secure funding to ensure the long-term future of Newcastle Eagles WBBL.

“We are looking at a number of ways to increase ticket sales and attendances at our matches, including moving two to a Friday night when the Eagles are not playing so that will be the main match of the weekend, but we hope to secure some corporate support to help us along the way. The region’s businesses have supported the Eagles so generously to get us to where we are now, and the dream would be to get our women’s team to similar heights. With sponsorship packages starting from only £500 a season, we hope it proves an accessible option for businesses, and would make a huge difference to us.”

The first sponsor to commit their support was law firm Sintons, also a sponsor of the men’s team, having been impressed with the ambitions of the WBBL set-up.

Mark Quigley, managing partner of Sintons, said: “Newcastle Eagles have, in the last two decades and under Paul’s leadership, gone from an uncertain future to become the North East’s most successful professional sports team and the UK’s most successful basketball team – levels of achievement few can even dream about.

“We are pleased to be a long-term supporter of the Eagles and to extend that support to their more recently-formed WBBL team. It is only right that businesses like ours lend their backing to our regional sports teams who have to work within the constraints of tight budgets, while also playing such a central role in their local community, as the Eagles are doing increasingly in the West End of Newcastle following the opening of their stadium. We hope other businesses follow our lead and commit their support to the Eagles and their WBBL team.” 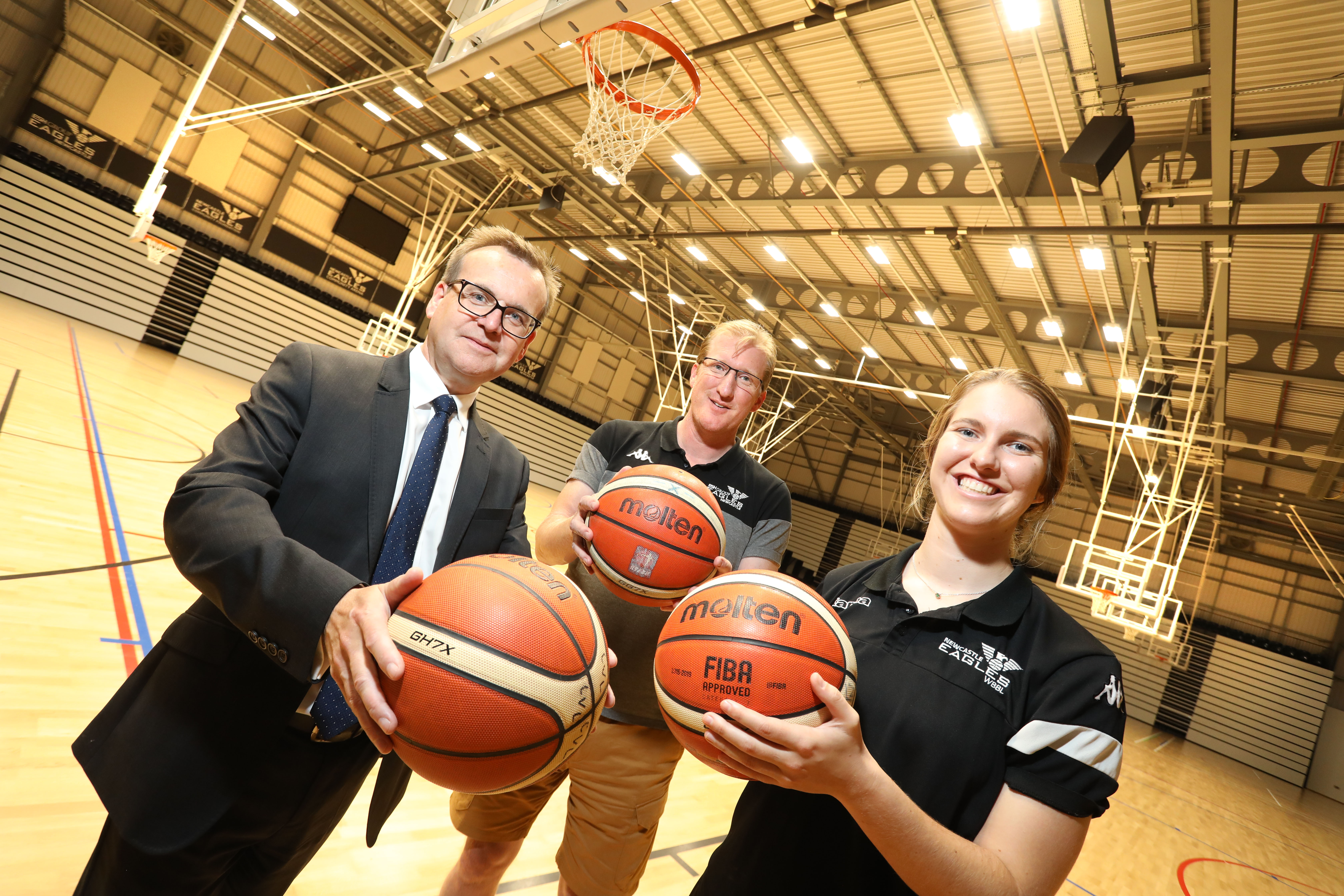