Scores of women from across the North East are set to take part in a charity netball tournament, organised by law firm Sintons.

The tournament, held on Friday, June 14, has seen a number of teams sign up from a range of sectors, and the informal event is open to players of all abilities and levels of experience.

Netball has seen a rise in popularity in the recent past, and Sintons have taken part in a number of informal matches involving fellow North East businesses.

The law firm has now organised a tournament, to be held at the Eagles Community Arena, which will have the added benefit of raising money for Sintons’ staff charity, Daft as a Brush.

Sintons is nearing its goal of raising £15,000 for the much-loved cancer charity, which will enable the purchase of a liveried ambulance to help increase Daft as a Brush’s provision for transporting chemotherapy and radiotherapy patients across Newcastle, North and South Tyneside, Northumberland and Durham.

The netball tournament is the latest in a long series of events Sintons has organised in aid of its nominated charity, including a golf day – the biggest in the firm’s history – a series of Christmas performances from its choir, as well as bake sales, dress down days and bingo events for its staff.

Mark Quigley, managing partner of Sintons, said: “This promises to be a superb and fun event, held in the impressive surroundings of the new Eagles Community Arena, and will see a number of teams taking part in netball matches – a sport which has enjoyed a surge in popularity in the North East in recent times – while raising vital funds for Daft as a Brush.

“The tournament is open to teams of all abilities, from those who have played before to groups who would like to give it a try. It is a great teambuilding activity, as we have seen for ourselves at Sintons, and we are most grateful for the support we have received so far from teams signing up to give it a try.”

The tournament takes place on Friday, June 14, from 1.30pm to 6pm, at the Eagles Community Arena, on Scotswood Road in Newcastle. Entry costs £195 for a team of 10, refreshments will be provided, and there will also be a fundraising raffle. To sign up, please contact robert.dale@sintons.co.uk or click here. 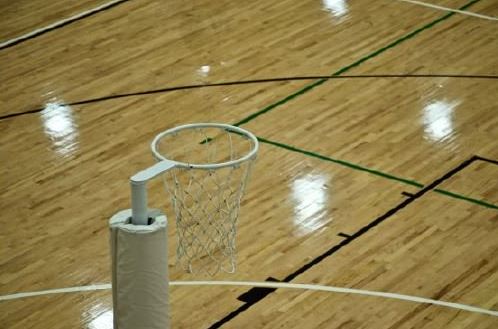