But what about the bees?

A North East law firm has found an innovative way of supporting the environment while raising money for charity through its adoption of a bee hive.

Sintons has become sponsor of a hive of bees, the honey from which will be donated and sold to help raise money for the firm’s nominated charity, Daft as a Brush.

The move to support a bee hive – which will contain up to 50,000 bees at its peak – has also been taken from an environmental sustainability perspective, with bees playing a central role in ecosystems and in helping to support food production.

There has been a significant decline in the levels of honey bee colonies in recent years, and Sintons and now working alongside North East beekeeper Iain Davies to help play their role in protecting the species.

The Queen Bee – Beetrice – was given her name through a competition among Sintons’ staff.

The hive, which will be based on the Northumberland moors, has been based in Jesmond over the winter months while the colony get used to their new home, but will be moved next month. The first honey is expected in May.

Beekeeper Iain, who has kept bees for over 30 years, said: “Bees have such a huge positive environmental impact and with them declining in such numbers over recent years, we need to take steps to protect our honey bees and the fantastic role they play. It is fantastic that a business like Sintons is realising this and is using protecting our bees as part of its CSR commitment. More businesses should consider following the lead of Sintons.”

Mark Quigley, managing partner of Sintons, said: “As a responsible business, we are committed to our CSR activity and are always keen to play our role in our native North East, while also being mindful of our environmental impact and the role organisations like ours should play in supporting and protecting the environment.

“As well as being a novel thing to do, we felt sponsoring a bee hive was also an important factor in both of the above. As well as doing our bit to protect honey bees, we will also be raising money for Daft as a Brush, our nominated charity. Our staff are very enthusiastic about our new colony and we received a great level of engagement in naming our Queen Bee. We are very pleased to work alongside such a knowledgeable and experienced beekeeper as Iain and look forward to receiving the first honey in the near future.” 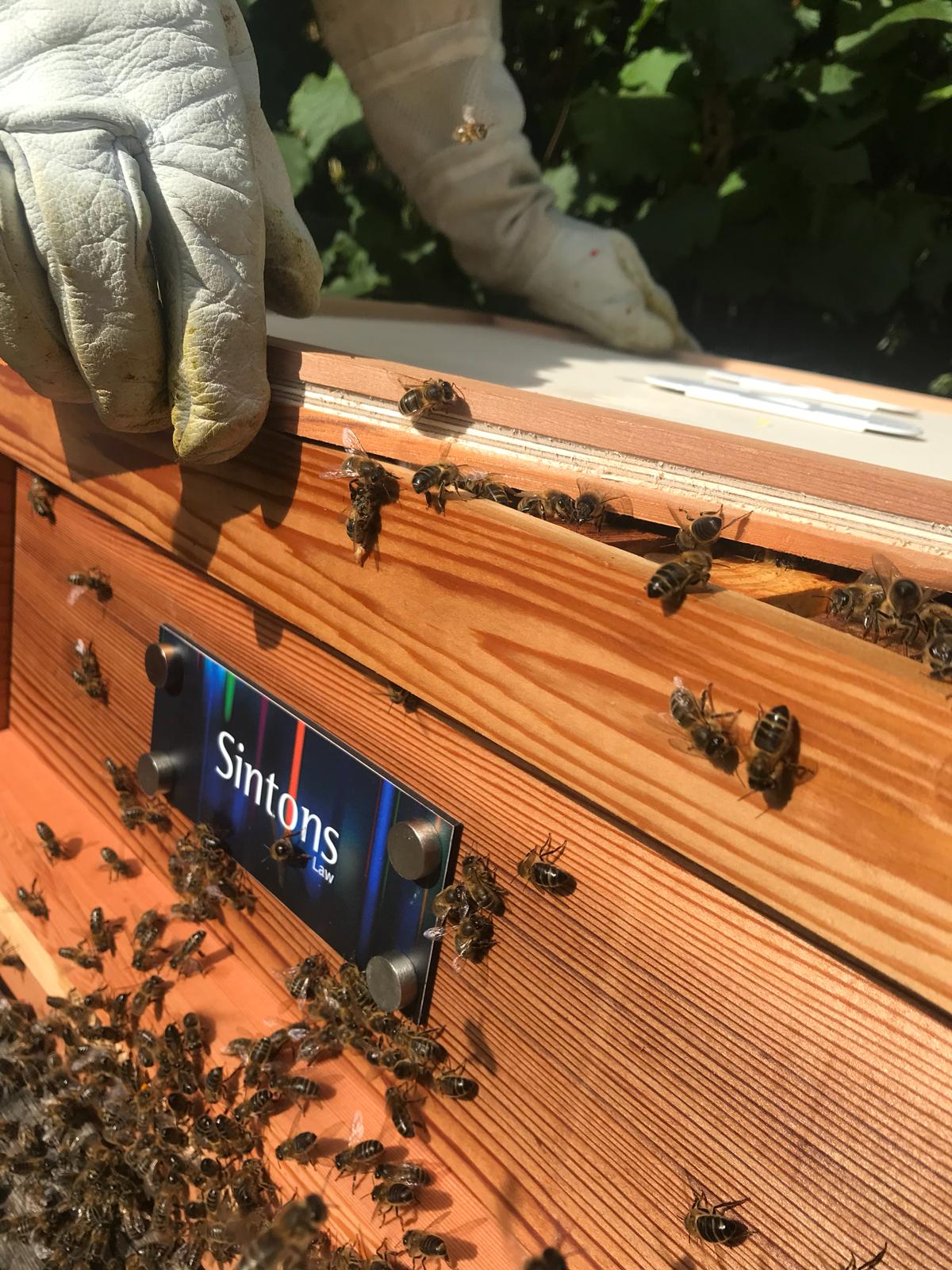