The BMA has confirmed that they have now reached agreement with NHS Property Services (“NHS PS”) on the terms of a “standard” lease to be used by NHS PS to formalise occupancy arrangements with its GP tenants.

In addition to announcing agreement on the form of template lease, it has also been confirmed that NHS England will now deliver on the promises made in the GP Forward View published in April 2016, which were to ensure that Practices receive:

The above “package” of support from NHS England is subject to Practices entering into a new lease with NHS PS before November 2017.

It is also worth noting that support to Practices who are facing increases in services charges is described as “transitional” only and there remains uncertainty as to how long the support will last and how Practices are to meet the increases in the long run.

The “package” of support offered also does not provide any financial assistance to Practices in receipt of backdated service charge demands from NHS PS. A large number of those backdated demands have themselves amounted to very significant sums.

This announcement does represent significant progress by the BMA on behalf of Practices occupying NHS PS premises with no formal lease currently in place and the support offered by NHS England has certainly gone some way to address many of the most common concerns raised by Practices in relation to entering into new leases with NHS PS.

The wording of this agreement is important and we have not yet seen the standard lease itself. Until we have seen the actual form of lease to be used and had an opportunity to review the detailed provisions dealing with the broad headlines set out above, we cannot be confident that the lease will offer fair and balanced terms of occupation to Practices.

Whilst the new package does have a deadline attached of November 2017, we would urge Practices to await a more detailed analysis of what is on offer before committing to the new lease.

We expect that the next step in proceedings will involve NHS PS writing directly to Practices or their solicitors advising of the new offer on the table.

If you are contacted by NHS PS or want to discuss your Practice’s options, please contact Victoria Armstrong on the details below: 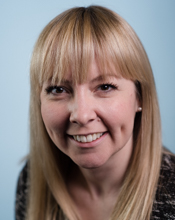