One of Sintons’ apprentices has completed his qualification and taken on a full-time role with the firm, having impressed during his year-long apprenticeship.

Robert Dale joined the marketing team at Sintons in April last year, taking on the role of marketing apprentice and supporting the work of the team in a wide variety of areas, including digital and social media, events and video production.

Having played a significant role in the team during his apprenticeship, Robert was offered a full-time role at Sintons even before completing his formal qualification. He has now completed his business administration apprenticeship, which he did with training provider Northern Skills, and has become a marketing assistant in the team.

The specialist marketing team at Sintons, led by David Pritchard, is widely recognised for its innovative and often sector-leading approach, and has recently been announced as a finalist in the prestigious national Law Society Excellence Awards.

Robert’s apprenticeship is one of a number offered by Sintons, with the firm known for its longstanding commitment to offering opportunities to outstanding young people.

Robert said: “I wanted to take on an apprenticeship as the combination of modular learning and practical experience really appealed, and I couldn’t have found anywhere better to do this than at Sintons. I have learnt a huge amount in my year with the firm and have been given fantastic support, by David in particular, to develop my skills. I look forward to continuing to learn and progress at Sintons and am really pleased to be part of such an excellent team.”

David Pritchard, head of marketing, said: “Rob impressed us the very first time we met him in his interview, and has continued to impress ever since. He has an excellent attitude and desire to learn. We have really thrown him in at the deep end by involving him in some of our recent major projects, and he’s been given roles at several of the key national events Sintons have attended, but every challenge has been met with determination and positivity.

“I’m delighted with the progress he has made and it has been a pleasure to help with Rob’s development – I still remember the people who went out of their way to support me in the early stages of my own career, so I am really pleased to have been able to help Rob in a similar way. We wish him every success in his Sintons career.” 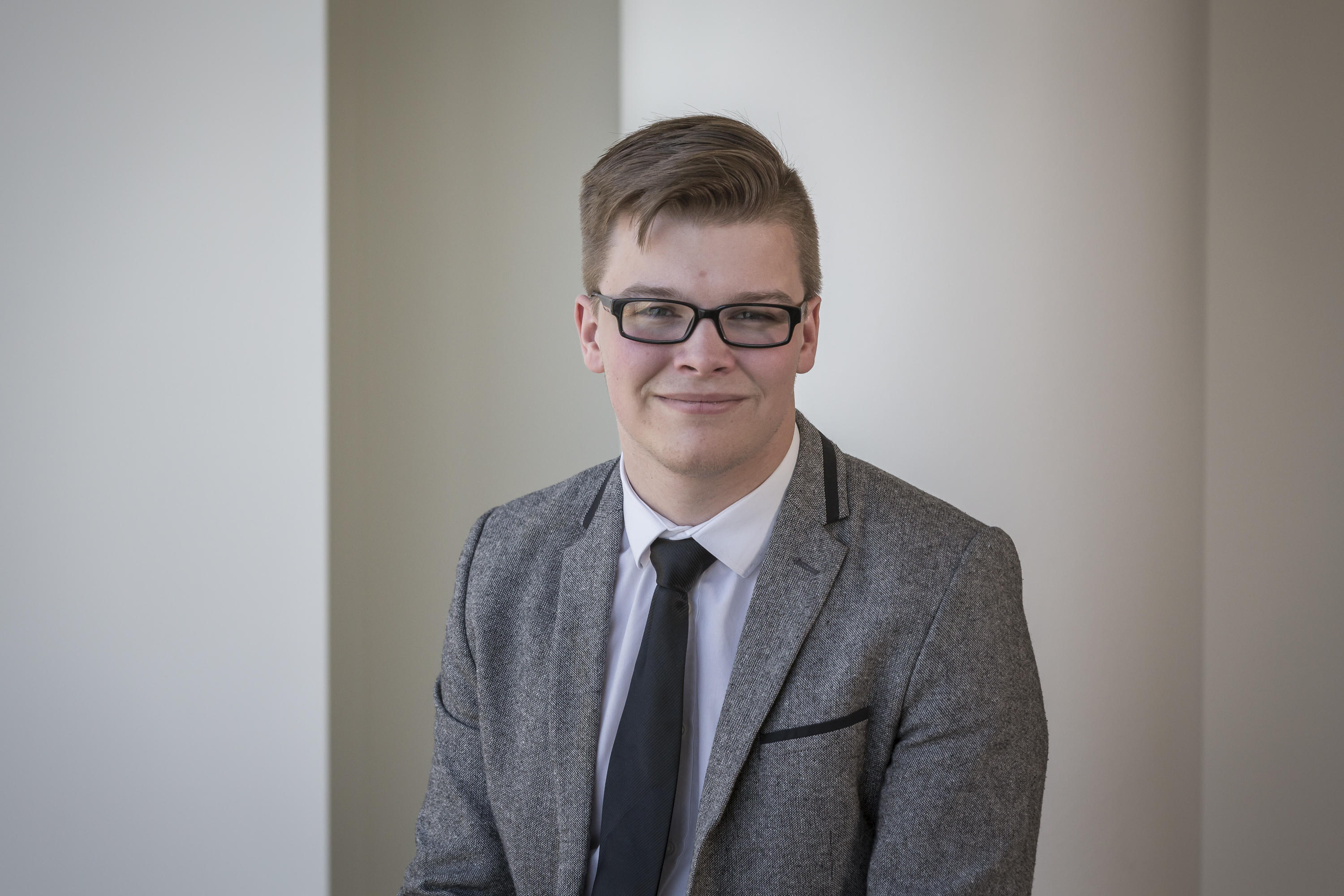